Tips for Directing Your Digital Film

As a director, it’s your job to bring the film to life through the way your actors play the characters and how the crew film each shot. The director works with the actors and crew to get the best from them and make sure the story is being told through what they do.

When filming, the director works closely with the actors to get the best from them and help them perform the character in the way the writer imagined. Because the actors can’t see themselves and what they look like while acting, the director can help by offering advice with expressing emotions and delivering lines. This must be done nicely and carefully because you don’t want to upset your actors and end up with no one to film. 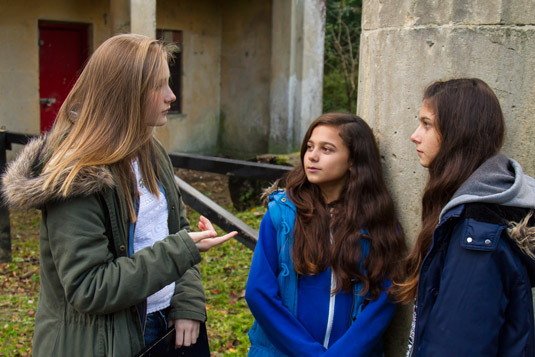 Being the boss doesn’t mean you have to be bossy.

As a director, it’s important to know how the camera works and the types of shots you want to use. This helps with explaining to your crew how you want your shots to look. The director will normally choose a shot type that helps express the emotion or feeling of the scene. For example, which shot would you use if you wanted to show the fear on the character’s face? That’s right — you’d use a close‐up shot. 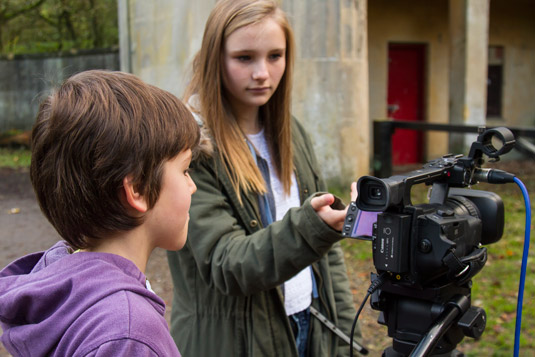 a good director instructs the crew to get the best shots possible.

What makes a good director?

The following characteristics are important to have as a director:

The following items are useful for a director to have on‐hand during filming:

When directing your film, it’s good to try and picture and imagine the edit in your head as you go. As you film a shot, place it into an imaginary timeline in your head and try and imagine how the shots work together.

It may sound odd but it works and it could help you think of shots you may have missed or think of extra shots and angles that could be filmed to make the scene look even better. It also helps to imagine how the story is coming together, if it’s working or not, and if anything needs to change as you film.

You may be worried about how much there is to think about when directing your film, but don’t worry, because you will learn as you do it and these things will become natural to you.