How to Structure Your Documentary Film

Like any good story, your documentary needs a strong beginning, middle, and end. Breaking your documentary into three sections helps to structure the information you want to include, as follows:

Your job as a documentary filmmaker is to present information to your audience without showing your feelings or opinions on the topic. 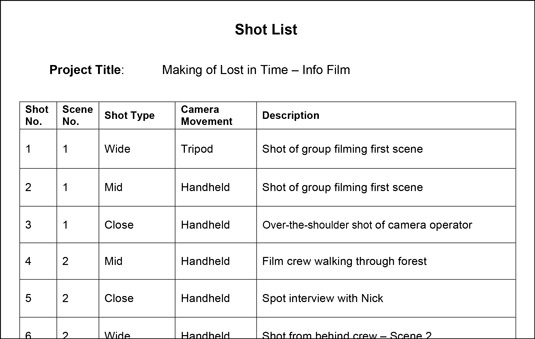 At this point, you should think about how you’re going to tell your story. Documentaries can be told in different ways, such as through the use of a voiceover or through what your characters and subjects say. A voiceover is a popular way to narrate such films, but letting the characters tell the story can feel more natural.

If you are using a voiceover, write the script before filming. This helps to create a shot list and to structure your film. Your voiceover should always present information; it should never have an opinion. On the other hand, if you’re using your characters to tell your story, be sure to have a list of questions to ask them.

Before you interview your actors, take a look at this list of things to think about when writing the questions to ask in those interviews. Asking open‐ended questions can help you avoid one‐word answers. You may also want to ask two questions together to get the most out of the answer.