Choosing the Perfect Rhythm for Your Drum Part 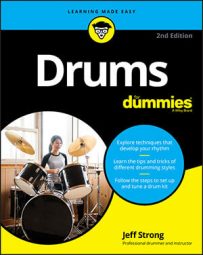 Playing a percussion instrument is all about rhythm. So if you play the drums, when you get together with other musicians, you need to be able to choose the correct rhythm for each song. If you end up reading music, this task is easy because the style of the music and basic groove pattern are notated on the chart (sheet music), but if you play without music, you have to figure out what to play. To do so, you need to listen to what the other musicians are playing and immediately choose a rhythm that fits.

Getting hints from other musicians

Often, somebody tells you the basic style of the tune by saying "straight-ahead rock" or "blues feel." This hint gives you some idea of the genre of the music, but, depending on the person's knowledge and skill level, it may or may not really help you figure out what to play. Just nod your head knowingly and listen very carefully (asking for clarification if you don't understand is often okay).

If the person counts the song in (for example, "one, two, three, four — play") without playing an intro, you may have to fake it until you can actually hear what the other musicians are playing. The best thing to do is play the rhythm in Figure 1 until you can figure out what's going on.

The rhythm in Figure 1 works well in these situations because it contains the core instruments (hi-hat, snare drum, bass drum), and it won't conflict with the rhythms of the other instruments, no matter what they're playing.

Figure 1: A great rhythm to use if you're not sure what to play.

Using the music as a guide

The most important factor that will guide you in determining which rhythm to use is the overall feel of the music (the section or song). To figure out the overall feel, start asking yourself the following questions:

If you're unsure if the song has a straight or triplet feel, asking is generally okay. However, if you're in a situation where asking isn't possible or desirable, the best thing to do is keep it really simple until you can figure it out (try starting with the rhythm in Figure 1).

Unless you're playing in a free-form jazz-fusion band using bizarre odd meters or you're into experimental music where there isn't a distinguishable pulse, the style of the song gives you an immediate sense of what to play. In most cases, you draw from a handful of established grooves.

Figure 2 shows you an example of how a drum part relates to the rhythms of the guitar and bass player's parts. Notice how the hi-hat pattern and the bass player's notes on the one and "&" of two (played on the bass drum) matches the guitar player's eighth-note rhythm. Because this is a rock tune, the snare drum plays on the two and four. 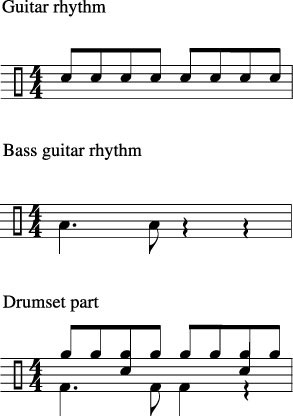 Figure 2: This is how a drum rhythm fits with the other instruments in a band.