How to Approximate Area with Right Rectangles 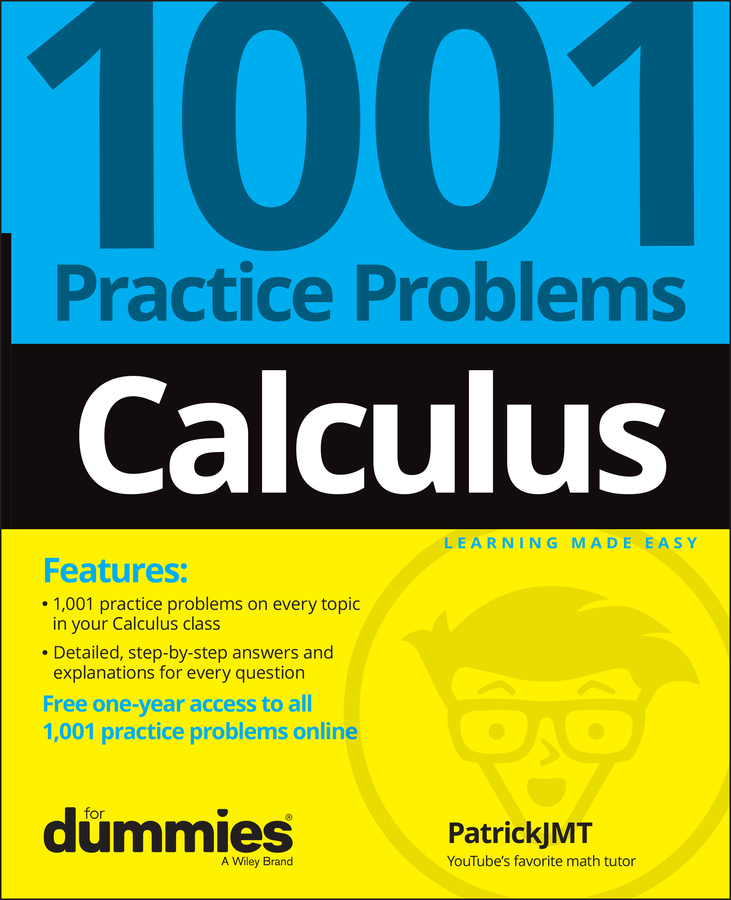 You can approximate the area under a curve by adding up “right” rectangles. This method works just like the left sum method except that each rectangle is drawn so that its right upper corner touches the curve instead of its left upper corner.

For example, here’s how you would estimate the area under

from 0 to 3 by using three right rectangles. See the figure below. 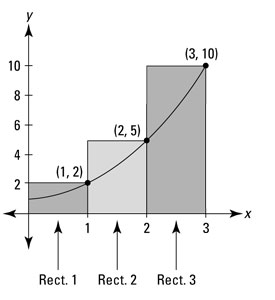 The more rectangles you create between 0 and 3, the more accurate your estimate will be. Here's the formula.

Right Rectangle Rule: You can approximate the exact area under a curve between a and b,

with a sum of right rectangles given by this formula:

Now if you compare this formula to the one for a left rectangle sum,

you get the complete picture about those subscripts. The two formulas are the same except for one thing. Look at the sums of the function values in both formulas. The right sum formula has one value, 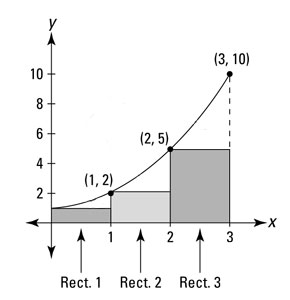