How to Distinguish between Nouns and Verbs in American Sign Language

Some nouns and verbs in American Sign Language (ASL) share the same handshapes. You distinguish the part of speech by signing the motion once if it’s a verb and twice if it’s a noun. Although most nouns don’t have a verb that looks the same, all but a few nouns need the double motion.

This table includes a few common noun and verb pairs. 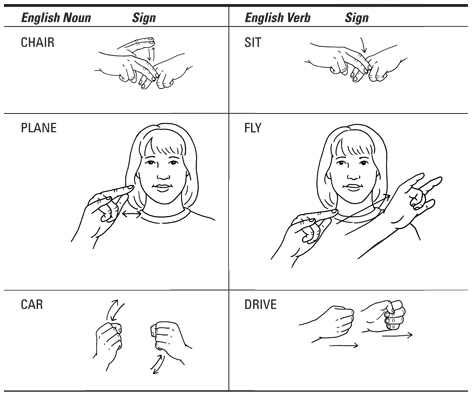