How to Avoid Vague Pronoun References 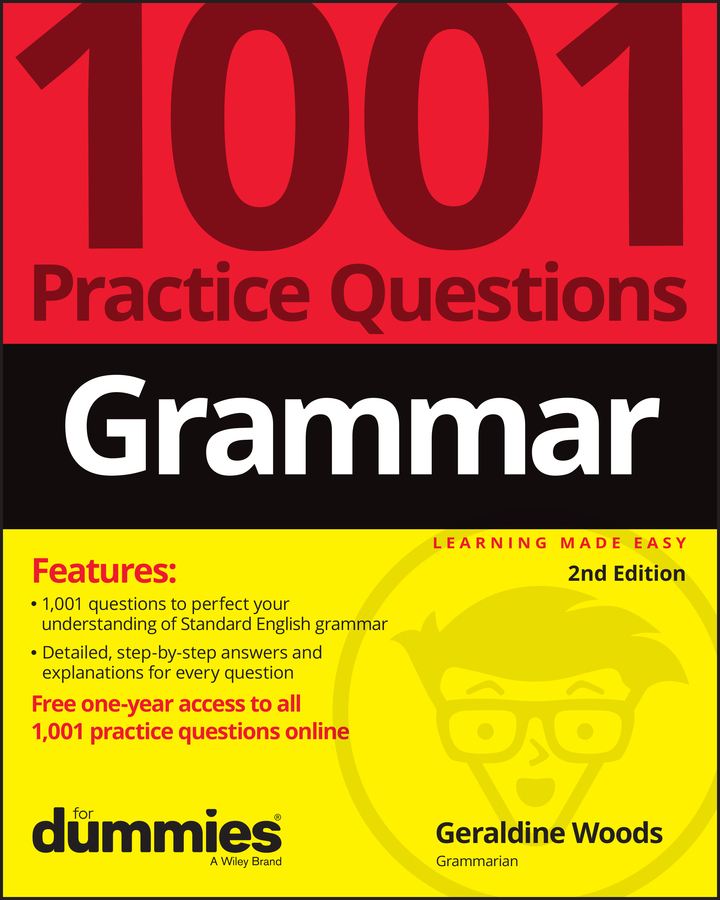 Lulu likes to arrive at school around 11 each day because she thinks that getting up at any hour earlier than 10 is barbaric. The principal, not surprisingly, thinks that arriving two hours late each day is not a good idea. This is a problem.

This certainly is a problem, and not because of Lulu’s sleeping habits or the principal’s beliefs. This is a problem because the antecedent of the word this is unclear. What does this mean? The fact that Lulu arrives around 11? That Lulu thinks getting up before 10 is out of the question? Or that the principal and Lulu are not, to put it mildly, in sync? Or all of the above?

The writer probably intends this to refer to all of the above, a perfectly good answer on those horrible multiple choice tests you have to take far too often these days. Unfortunately, all of the above is not a good answer to the question, “What does the pronoun mean?”

Wrong: The new orange dye Lola’s hairdresser selected looks horrible, and the cut looks as though it were done by a kindergartener. This persuaded Lola to attend the dance wearing her purple wig.

Why it’s wrong: This is referring to the 21 words of the preceding sentence, not to one noun.

Right: Because the new orange dye Lola's hairdresser selected looks horrible and the cut looks as thought it were done by a kindergartener, Lola decided to attend the dance wearing her purple wig.

Also right: The fact that the new orange dye her hairdresser selected looks horrible and the cut looks as though it were done by a kindergartener persuaded Lola to attend the dance wearing her purple wig.

Why they're right: Eliminating this eliminates the problem.

As you see in the preceding example, sometimes the only way to avoid this sort of pronoun error is to write a sentence that needs no pronoun at all.

In ordinary speech (conversational English) you may use this, which, or that to refer to more than one word, as long as your meaning is clear. For example:

Roger refused to defuse the explosive postage stamp, which angered all the postal workers.

The pronoun which in the preceding example refers to the fact that Roger refused to defuse the explosive stamp. Your audience grasps the meaning easily. However, grammatically, the sentence is incorrect because which should replace only one noun. Bottom line: In formal writing you should follow the rule and reject the sentence. In informal situations, go ahead and use it.

In both conversational and formal English, avoid vagueness. Never use a pronoun that may refer to two or more ideas; don’t leave your reader or listener wondering what you mean. For example:

Lulu’s history research paper was ten days late and ten pages short. That earned Lulu an F on the assignment.

What convinced the teacher to fail Lulu? The lateness or the fact that she wrote exactly 34 words on “The French Revolution: Its Causes and Effects in Relation to the Concept of Democracy”? One of these factors? If so, which one? Or both? Inquiring minds want to know, and the pronoun that doesn’t tell. Possible corrections include the following:

Because Lulu’s history research paper was ten days late and ten pages short, the teacher failed Lulu. (Now you know that both factors influenced the grade.)

Lulu’s history research paper was ten days late, so the teacher failed Lulu. Even if it had arrived on time, the fact that it was ten pages short would have earned her a low grade on the assignment anyway. (The lateness is primary, but the length mattered also.)

Lulu's teacher was willing to overlook the fact that Lulu handed in her history research paper ten days late. However, the teacher failed Lulu for writing only 34 words instead of ten pages. (The teacher doesn't care about lateness but objects to the length.)

Lulu's teacher didn't mind the shortness of Lulu's history research paper, but the teacher failed Lulu anyway because the paper was ten days late. (In this version promptness matters and length doesn't.)

Which correction is best? It is hard to say, because the original isn't clear. Vague pronouns lead to multiple interpretations and loss of meaning.

To sum up this simple rule: Be clear when using pronouns.