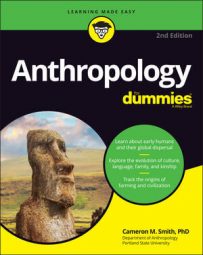 Explore Book Buy On Amazon
What is anthropology? The study of humanity, or anthropology, starts with the origin and evolution of humanity. Other elements key to the study of anthropology are human modernity (anatomical and behavioral); defining culture and cultural universals; how humans feed themselves (subsistence) and the influence of subsistence on social organization; and human language. 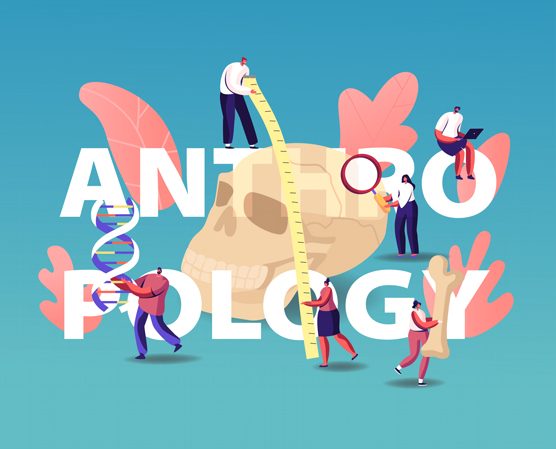 How anthropologists group the early hominids

By studying early hominids (large, bipedal primates) that date back to millions of years, anthropologists can track the development of the human race. When exploring anthropology, keep these important points in mind:

The following table summarizes what anthropology has discovered about the main groups of early hominids.

Modern humans have physical and behavioral differences from ancient humans. Keep these in mind when thinking about “what it is to be human”:

Culture and cultural universals in anthropology

Anthropologists don’t just study the evolution of human beings, they also learn about their cultures, how cultures develop, and how cultures shape human behavior. If you need to refresh your memory about culture, like what it is and how it guides human behavior, take a look at these aspects:

Anthropology of subsistence and social organization

Humanity has practiced all kinds of ways of subsistence, or getting food. This table shows different modes of subsistence and the affects they’ve had on social organization.

What Is linguistic anthropology?

Language is the system humans use to communicate. Linguistic anthropology studies human language, and these points highlight humanity’s distinct way of transmitting information:

Dr. Cameron M. Smith has searched for early human fossils in East Africa, studied traditional hunting methods in Arctic Alaska, and more. His research has been published in The American Journal of Physical Anthropology and The Journal of Field Archaeology, and he is the author of An Atlas of Human Prehistory.