Examining the Leaders of North and South Vietnam

The Middle East For Dummies 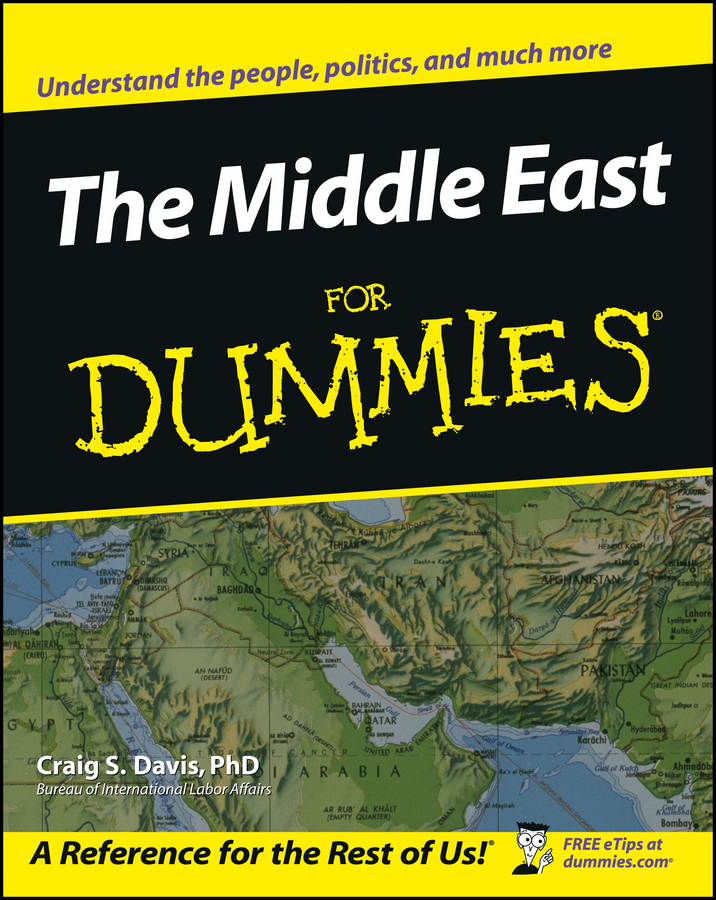 You can get a better understanding of the Vietnam War by taking a look at the leaders of North Vietnam (Ho Chi Minh) and South Vietnam (Ngo Dinh Diem). Getting to know more about the two leaders in Vietnam will help you better understand their reactions to the United States as it became more involved in Vietnam.

In many respects, Ho Chi Minh remained a mystery throughout his life and until his death in September 1969. Little is known about his birth date, his early childhood, or his family, leaving considerable speculation about how these events shaped his worldview. His father was a strong Vietnamese nationalist who passed along to Ho a belief that Vietnam belonged to the Vietnamese. Ho Chi Minh was not a good student and, because of his anticolonial views, left the Lycee Huoc-Hoc before graduation. He left for Europe in 1911 on a French ship departing from Saigon, learning about different cultures and gaining alliances for Vietnam. His journeys took him to the United States, Europe, and Asia, and during that time, Ho Chi Minh began formulating his philosophy for Vietnamese independence.

Ho Chi Minh used the mystery of his early life to his advantage during the Vietnam War, projecting his image as a man of the people. He was often photographed in peasant clothes and sandals and among the North Vietnamese people. He was viewed as a simple man who required little and wanted only to see his country through to independence. He claimed that his birthday coincided with his introduction to communist ideology. Often referred to as Uncle Ho, Ho Chi Minh stood in stark contrast to his South Vietnamese adversary, Ngo Dinh Diem.

Looking to the West: A political education abroad

Working as a pastry chef and retouching photographs for part of the time that he spent in Europe during World War I, the effects of the war helped shape Ho's vision of the West and the role it would play in Vietnam. The same was true of his trip to the United States. At the end of World War I, Ho found himself in Europe and traveled to Versailles to represent Vietnam at the Peace Talks even though his country was still controlled by the French and not recognized as an official member of the Treaty of Versailles peace talks. Although President Woodrow Wilson's Fourteen Points promised hope for Ho's quest for Vietnamese independence, he failed to gain a meeting with the president and was not treated seriously by the participants.

During the 1920s and 1930s, Ho also traveled to China where he became familiar with Mao Tse-tung's anticolonial revolutions based on peasantry. In 1925, Ho founded the Vietnam Revolutionary Youth Group and helped organize the Indochina Communist Party in 1929. During World War II, Ho was imprisoned in China, accused of being a spy for the communists and the French. Upon his release from prison, Ho returned to Vietnam and worked with offices of the American Office of Strategic Services (OSS), rescuing Allied pilots who were shot down over Indochina.

Ho Chi Minh supported the U.S. effort during World War II, because he wanted to develop a relationship with the only country capable of aiding in Vietnam's independence movement and influencing France. In trying to gain an understanding of Ho Chi Minh, the question of whether he was communist or nationalist isn't most important.

Unlike his counterpart to the North, no mystique surrounded Ngo Dinh Diem. Born in 1901 in Quang Binh Province (part of North Vietnam), Diem was the son of a well-educated mandarin (Vietnamese civil servant who took part in running the country) who served as the Minister of Rites and Grand Chamberlain to Emperor Thanh-Thai (1889-1907). Diem's family was one of the earliest to convert to Catholicism, a religion he took with him to the south early in his career. Similar to Ho Chi Minh's father, Diem's father was an ardent nationalist, resigning his government post in protest against French rule in Indochina. Although Diem and Ho went to the same school, Diem was a good student and skillful debater, who graduated at the top of his class. Unlike Ho Chi Minh, Diem's rise to power took a different path.

Similar to Ho, Diem followed the path established by his father and was a strong nationalist who demanded an end to French rule in Indochina. He compared himself with Emperor Gia Long, who reunified Vietnam at the end of the 18th century after pushing out foreign invaders. In the same way that Gia Long created a series of codes and laws for the people, Diem believed that only he could bring order back to his worn-torn country. In Vietnamese history, the rule of the Emperor always was secondary to the rule of the village. Diem, however, maintained that in a time of crisis, Vietnam needed a strong leader making tough decisions for the Vietnamese people. During the early years of the Republic of Vietnam, this philosophy worked, but it backfired when Diem strengthened his hold in the South Vietnamese countryside as the struggle against communism intensified in the late 1950s.

When the Japanese occupied Indochina, Diem refused to collaborate with them. He, however, supported the Vietnamese emperor Bao Dai, who had been yielding his waning power on Vietnam from France. Bao Dai, the last of the Vietnamese emperors, was a weak leader who worked with the French to retain his power and then with the Japanese during World War II. Because of this collaboration and his unwillingness to return to Vietnam to rule the country, many Vietnamese did not trust or support him. Diem's association with Bao Dai resulted in many Vietnamese people also labeling him a collaborator by association. Diem believed in the power of the Vietnamese monarchy when it complemented his theories of a strong central government, and yet he abandoned the emperor when he concluded that it had become incapable of providing Vietnam with the kind of king it needed to achieve independence. Diem knew that he could provide that leadership.

Diem also recognized that France never would give Vietnam its independence, and based on how the Catholics were treated by the Viet Minh after the 1954 Geneva Conference, he didn't believe that Catholics could live peacefully in a Viet Minh-led country. To counter both powers, Diem created Phong Trao Quoc-Gia Qua Kich, a political party known as the Nationalist Extremist Movement. Diem's mission during his nine-year rule of South Vietnam was to create a stable country, but his rise to power all but ensured that he never would achieve that goal.

The return of the empire: Diem's rise to power

On June 19, 1954, Bao Dai gave Diem dictatorial powers over South Vietnam. Bao Dai still believed he could control Diem from France. Diem, however, was an all-or-nothing person with a strong stubborn streak. He refused the offer of becoming chief of state until Bao Dai gave him what he wanted, settling for no less than the next highest position in order for the emperor to prove that he was capable of ruling the country. Diem wanted Bao Dai to take responsibility for the country and when Diem realized that Bao Dai was incapable, he began assuming responsibility for South Vietnam. Before Diem could effectively rule South Vietnam and make it a viable anticommunist state, he needed to successfully consolidate his power.

Three major political-religious sects — the Binh Xuyen, Cao Dai, and Hoa Hao — stood in the way of Diem's ultimate goal in South Vietnam. Each sect believed it was strong enough to rule Vietnam without Diem. Buying influence into the Cao Dai and Hoa Hao sects in 1955, Diem focused them against one another and used his forces to defeat the Binh Xuyen. In April, the Binh Xuyen and Hoa Hao merged, forming the United Front of Nationalist Forces in an attempt to overthrow Diem; however, Diem's forces were swift and efficient in their response, overpowering the Binh Xuyen. By early May, Diem had decimated the Binh Xuyen and diffused the effectiveness of the Hoa Hao and Cao Dai by using a combination of force and persuasion. His consolidation of the three factions was completed May 15, 1955, when he abolished Bao Dai's Imperial Guard.

In October 1955, Diem officially replaced Bao Dai as chief of state in an election in which Diem received 98.4 percent of the vote. Although many political and military leaders within the United States would rather Diem had provided freer elections and a more reasonable result, few were concerned that he wouldn't win the election fairly. Nevertheless, Diem consolidated his power and began his focus on the insurgency (communist) movement in South Vietnam. True to the principles of many Vietnamese, the family played an extremely important role. Diem never considered negotiating with the Viet Minh after the Geneva Conference, primarily because the Viet Minh assassinated his brother as a French collaborator.

Regardless of the Geneva Agreements, Diem knew that creating a viable anticommunist state in the South was his first mission. He established unchallenged control through a centralized government and prepared South Vietnam for an inevitable invasion from the North. Knowing that general elections scheduled in 1956 could never be free because of the Viet Minh, Diem announced in 1955 that South Vietnam would not participate.

South Vietnam remained under Ngo Dinh Diem's control until November 1963, when he was assassinated by young military officers who believed that he no longer possessed the confidence of the Vietnamese people or the United States.