History of Quebec For Dummies 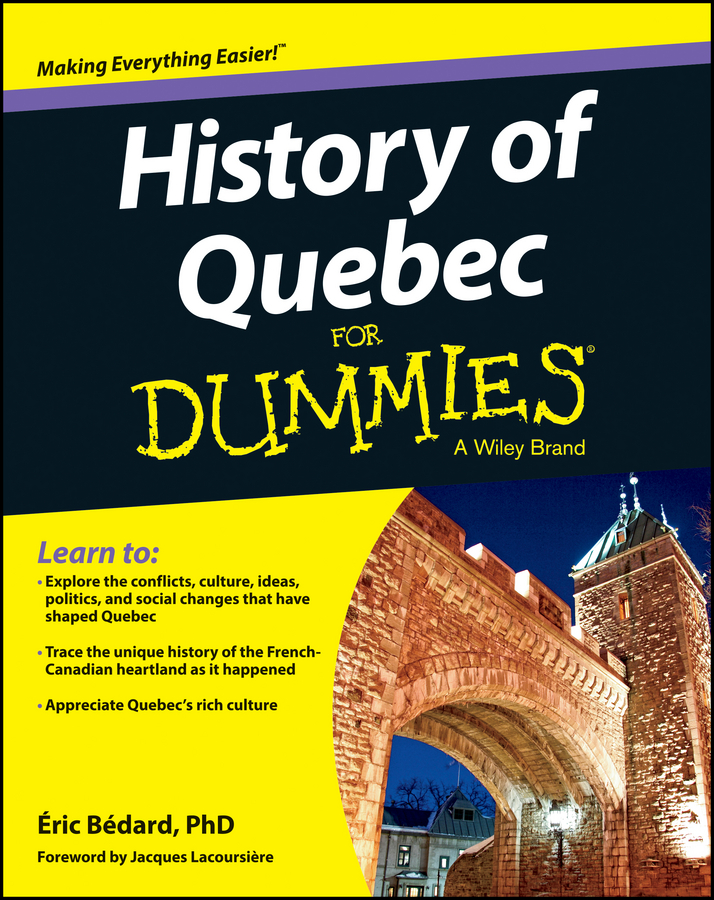 Explore Book Buy On Amazon
As one of the first parts of Canada to be explored and settled by Europeans over four centuries ago, Quebec has played a dynamic and fascinating role in the history of North America. This handy Cheat Sheet introduces you to some of the key things you should know about Quebec, from its original First Nation inhabitants and its world-famous historical landmarks to a helpful timeline of the most significant events that have shaped the rich history of Canada’s largest province.

Since the arrival of the first European settlers, Quebec has had a tumultuous and eventful history. Take a look at the key events that have shaped Quebec: 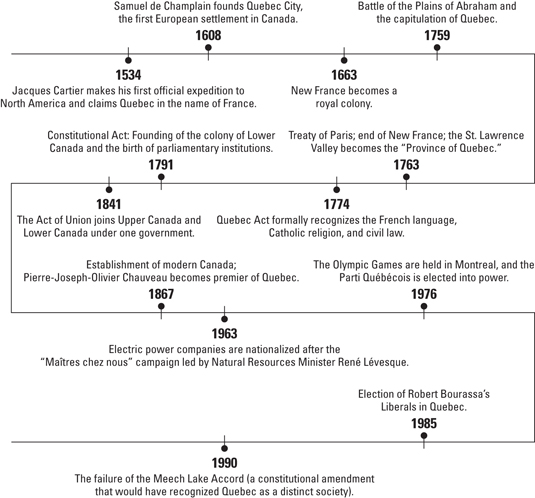 When the Europeans colonizers first arrived, three main aboriginal groups populated the territory of Quebec: the Algonquians, Iroquoians, and Inuit people. Each was subdivided into tribes and occupied a specific part of the territory. Here’s a quick overview of the three groups:

Quebec’s diverse culture, history, and European feel make it a unique place for history buffs to explore. Here are some of the most well-known historic landmarks that the province has to offer: