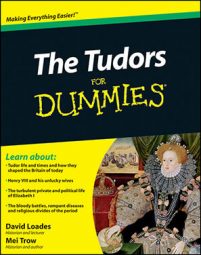 The key stages in the development of Tudor government are marked by the passage of acts of Parliament. Indeed, the Tudors never claimed the right to make laws by any other means. Here are some of the more significant laws made by the Tudor monarchs:

Professor David Loades is Professor Emeritus at the University of Wales and has taught history at universities including St Andrews and Durham. He has written many books on the Tudor period and is a Fellow of the Royal Historical Society.

Mei Trow is a history tutor, lecturer and author who has written numerous historical books on topics ranging from Jack the Ripper to Boudicca. His recent TV work includes Ancient Discoveries and Spartacus for The History Channel.