Are you mining? Are you modding? Whatever you're doing in this popular no-limits platform, we can help you do it better. 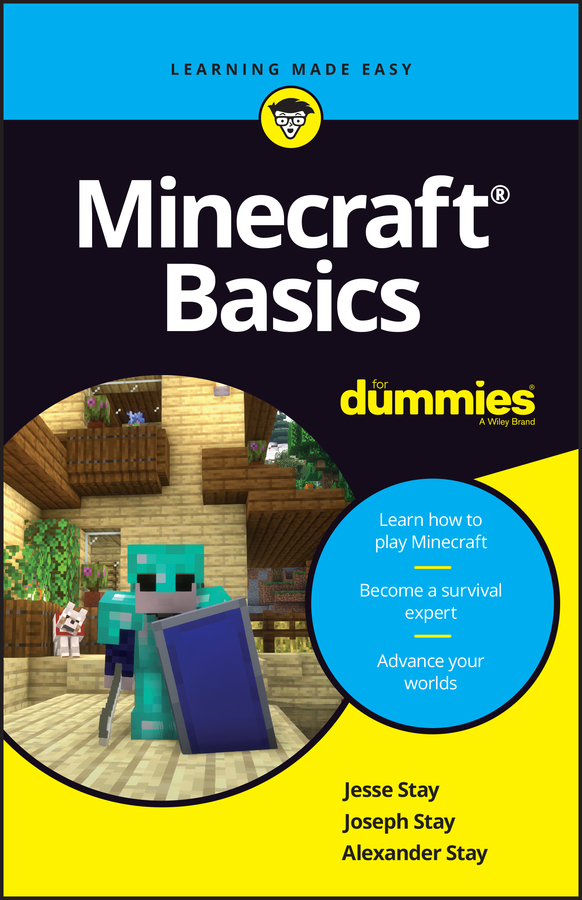 The easy way to get started with Minecraft Want to creep into the biggest video game of all time? Grab your pickaxe and let's go! Minecraft Basics For Dummies helps you (or your kids) get started and join the infinite online world that keeps millions of players of all ages engaged every day. Inside this portable-trim book, crafters will get all the tips and tricks needed to get started—on their own or with multiple players—in each of the three gameplay modes. Choose a platform and download the game Navigate, collect resources, and build structures Defend your creations against monsters Manage parental controls to keep kids safe while playing online Become a Minecraft master by defeating the Ender Dragon Unleash your creativity, elevate family game night, and have a ton of fun joining more than 141 million players in the online world of Minecraft! 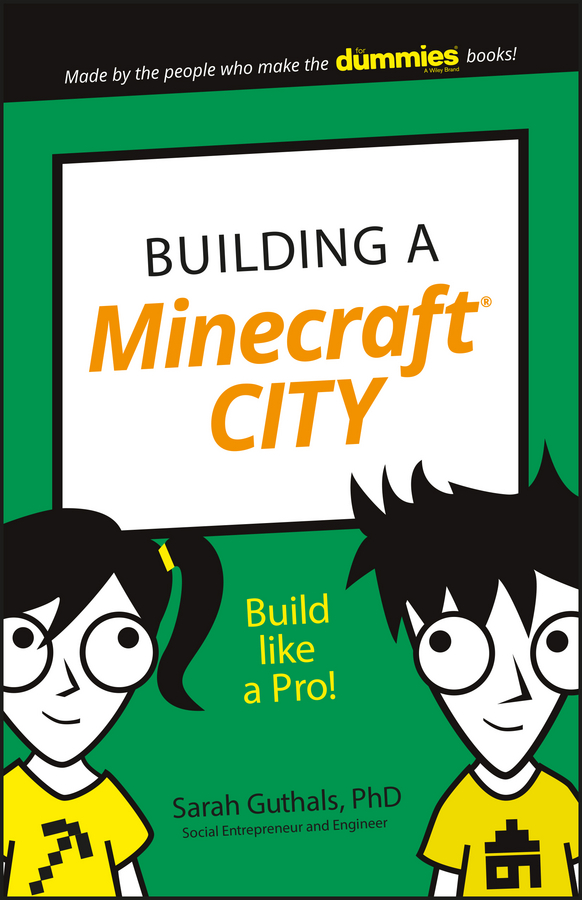 The coolest kid-friendly Minecraft projects If you have a Minecraft fanatic on your hands, you're about to be the most popular adult on the "block." Offering young Minecraft enthusiasts the ultimate sandbox experience, Building a Minecraft City gives kids aged 7 – 11 an outlet to enhance their love of the game and take their creative play to new heights. Brought to you by the trusted For Dummies brand, this kid-focused book offers step-by-step instructions and simple explanations for completing projects that will teach your child invaluable new skills—all while having a ton of fun! They'll gain confidence as they design and build truly impressive Minecraft structures, and you'll delight in watching them develop and refine their problem-solving skills as they work on their own. It's a win-win! Features a kid-friendly design that is heavy on eye-popping graphics Focuses on three basic projects that set young readers on the road to further exploration Boasts a small, full-color, accessible package that instills confidence in the reader Introduces basic engineering concepts to kids in a way they can understand Screen time can be as educational as it is fun, and this book shows your child how to approach their favorite game from a new angle to think—and do—outside the box.

Join more than 100 million players in the online world of Minecraft Are you a Minecraft fanatic looking to mod your games? Hours of fun await! Minecraft Modding For Kids For Dummies teaches you how to mod in easy-to-do parts. Offering loads of helpful explanations and cool projects along the way, this friendly guide will have you advancing levels, keeping score, respawning players, building portals, creating an archery range—and much more—faster than you can say redstone! There's no denying that modding is cool. After all, it allows you to alter your Minecraft gaming world to constantly keep things new and fun. While it isn't incredibly difficult to learn to mod, it does take some practice. Luckily, Minecraft Modding For Kids For Dummies is here to help you build basic coding skills to make modding your games as easy as 1-2-3! The book is in full color and lies flat so you can look while you play Includes lifetime access to LearnToMod software with 3 months free access to a private Minecraft server Features larger print to make the text feel less daunting Offers next steps you can take if you want to learn even more about modding and coding If you're one of the millions of kids who play Minecraft every day, this hands-on guide gets you up and running fast with modding your favorite game!

The indispensable primer for achieving redstone greatness Minecraft Redstone For Dummies is the complete guide to finding, using, and maximizing the power of redstone in the Minecraft world. This key element is essential for crafting and brewing, and can be placed on the ground as redstone dust – a flat, transparent block that can transmit redstone power, the major component of most redstone circuits. Written by a recognized Minecraft expert, this useful guide walks you through mining, smelting, and other methods of obtaining redstone, and teaches you how to make the most of your redstone stores. Craft a compass, piston, lamp, or torch, brew a potion that reverts to Level 1, or turn it to dust to help find nearby power components. Whether you're in Creative or Survival mode, redstone mastery is crucial for successful gameplay. Minecraft is a worldwide phenomenon, boasting over 100 million players from around the world. While gameplay varies according to player preference, redstone remains a central element that allows players to build, brew and create as they advance through the biomes. Minecraft Redstone For Dummies teaches you everything you need to know about redstone, including how to get it and how best to use it. Learn which methods result in more redstone per attempt Discover how redstone is used in crafting and brewing Use redstone dust to build circuits and power mechanical components Understand redstone power, including source, levels, and configuration Don't be content to acquire what you stumble across. Redstone's versatility makes it an indispensable resource in the Minecraft world, and knowing where to find it and how to use it efficiently can make all the difference in your gameplay. If you're ready to level up, Minecraft Redstone For Dummies will make you a redstone guru in no time.