How to Earn Minecraft Scramble Badges

You can earn a few different kinds of Minecraft badges. Here, you find out how to earn Scramble badges, which are different from the other types: All the code blocks you need are already in the programming area — they’re just scrambled around on the screen in an animation.

To find all the blocks you need in order to complete the badge (sometimes, the blocks that have been scrambled are offscreen), you move around by using the scroll bars on the right side and bottom of the programming environment.

Open the Saying Hello (Scramble) challenge by clicking on the badge. 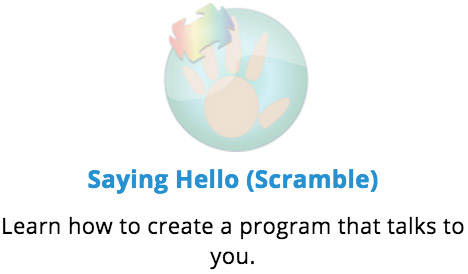 You see ten blocks scrambled on the screen.

Follow these steps to solve the challenge and earn the badge:

Communicate with your computer

Writing code is the way that programmers communicate with their computers, and the way that you communicate with Minecraft. The problem, however, is that computers do exactly what you tell them to do, not what you think they should do. For example, in the Saying Hello (Scramble) challenge, you may have noticed that the answer looks strange if you expected the messages to be sent in numbered order, like this:

and instead they’re sent out of order, like this:

You must be precise when you write code, and — more ­importantly — you should test your code often and in small increments to catch mistakes.

At the bottom of any Scramble challenge are two videos that you can watch to see strategies for completing this type of badge. 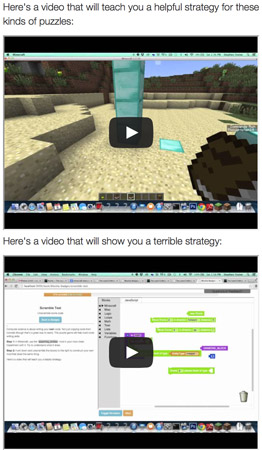 Though the videos aren’t specific to each challenge, watching them can help you with any badge that asks you to unscramble code.