Start with basic reasoning and think your way on up through the various types of formal logic. We make it (pretty) easy. 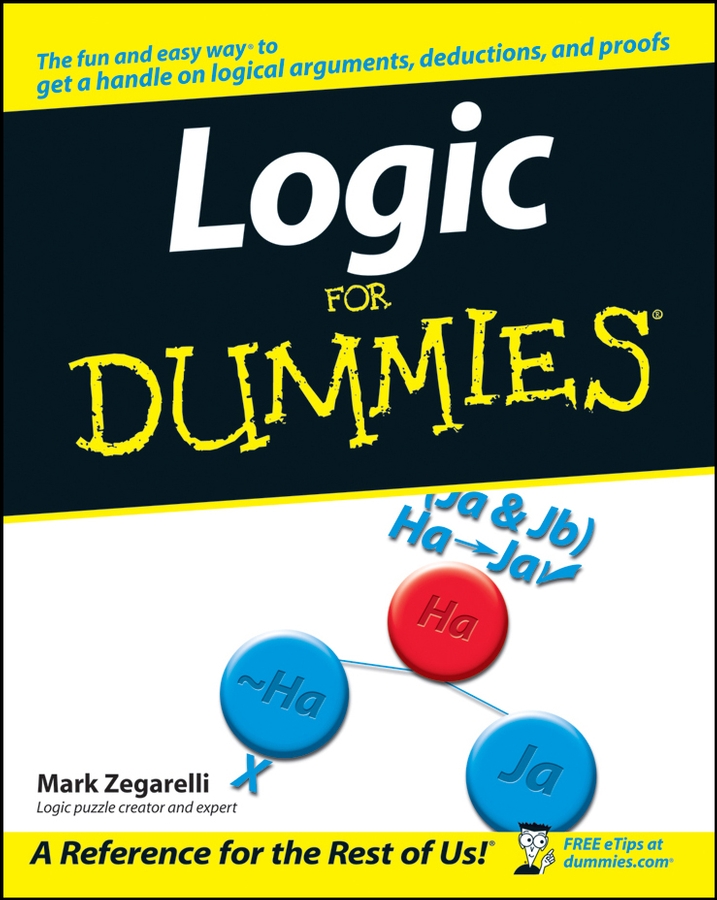 A straightforward guide to logic conceptsLogic concepts are more mainstream than you may realize. There’s logic every place you look and in almost everything you do, from deciding which shirt to buy to asking your boss for a raise, and even to watching television, where themes of such shows as CSI and Numbers incorporate a variety of logistical studies. Logic For Dummies explains a vast array of logical concepts and processes in easy-to-understand language that make everything clear to you, whether you’re a college student of a student of life. You’ll find out about: Formal Logic Syllogisms Constructing proofs and refutations Propositional and predicate logic Modal and fuzzy logic Symbolic logic Deductive and inductive reasoning Logic For Dummies tracks an introductory logic course at the college level. Concrete, real-world examples help you understand each concept you encounter, while fully worked out proofs and fun logic problems encourage you students to apply what you’ve learned.