Do you dare to enter the secret world of wild theories about famous mysteries? 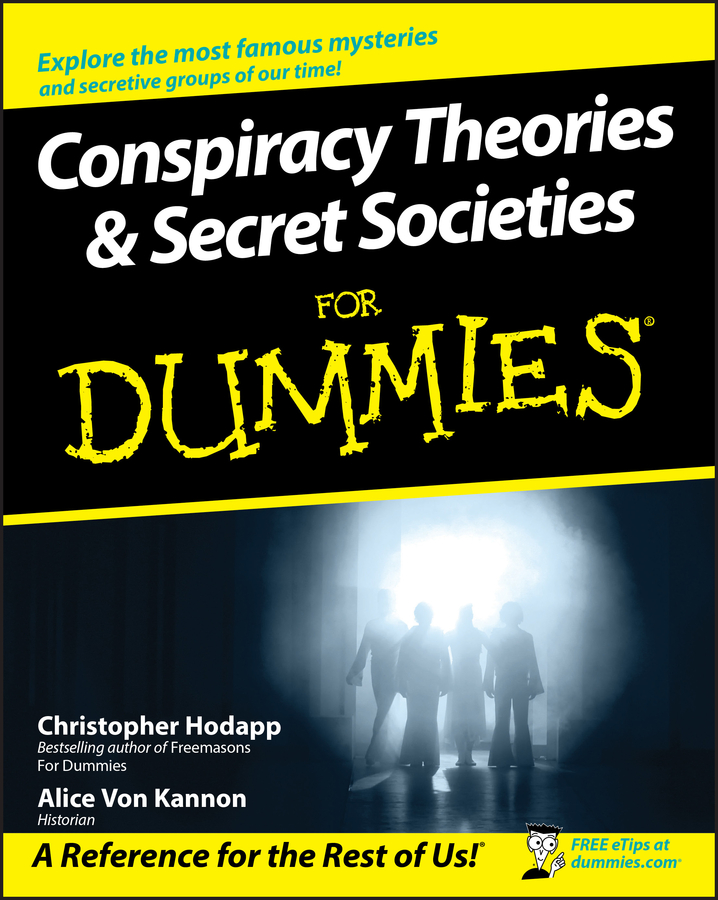 What do Skull and Bones, the Kennedys, and UFOs all have in common? They’re all shrouded in mystery and conspiracies    Entering the world of conspiracy theories and secret societies is like stepping into a distant, parallel universe where the laws of physics don’t apply and everything you know is wrong: black is white, up is down. If you want to understand what’s really going on — from fluoridated water and chemtrails to alien autopsies, free electricity, and more — you need a good reference book, and that’s where Conspiracy Theories & Secret Societies For Dummies comes in.  Whether you’re a skeptic or a true believer, this fascinating guide, packed with the latest information, walks you through some of the most infamous conspiracy theories — such as Area 51, the assassination of JFK, and reptilian humanoids — and introduces you to such mysterious organizations as the Freemasons, the Ninjas, the Illuminati, the Mafia, and Rosicrucians. This behind-the-curtain guide helps you separate fact from fiction and provides insight into the global impact these mysterious events and groups have had on our modern world. Discover how to:  Test a conspiracy theory  Spot a sinister secret society  Assess the Internet’s role in fueling conspiracy theories  Explore world domination schemes  Evaluate 9/11 conspiracy theories  Figure out who “they” are  Grasp the model on which conspiracy theories are built  Figure out whether what “everybody knows” is true  Distinguish one assassination brotherhood from another  Understand why there’s no such thing as a “lone assassin”    Additionally, you can read about some conspiracy theories that turned out to be true (like the CIA’s LSD experiments), theories that seem beyond the pale (such as the deliberate destruction of the space shuttle Columbia), and truly weird secret societies (Worshippers of the Onion and nine more). Grab your own copy of Conspiracy Theories & Secret Societies For Dummies and decide for yourself what is fact and what is a conspiracy.