Guarding Against Dangerous Files in Office 2016 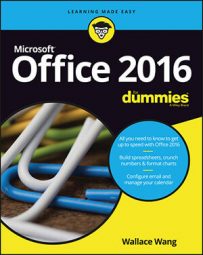 Explore Book Buy On Amazon
To keep your files as safe as possible from malicious viruses, you'll want to check out the Trust Center. This video explains how to get to the Trust Center and the level of protections you can enable.