Every Twitter user — new and old — has fallen victim to confusion between @reply versus @mention. When growth marketer and content strategist Anum Hussein presented her 21 social media posting tips at the annual INBOUND conference, her tip for understanding the difference between the @reply and @mention was by far was the number one tip.

Dive into these definitions to make the most of Twitter:

To summarize, here's who can see which Tweets.

Want everyone to see your Tweets? Or perhaps you're not using @username to reply to someone, but rather to begin a sentence with her handle. In situations like these, use a period — "." — in front of your @reply to allow your entire following to see the Tweet, as in the following example. 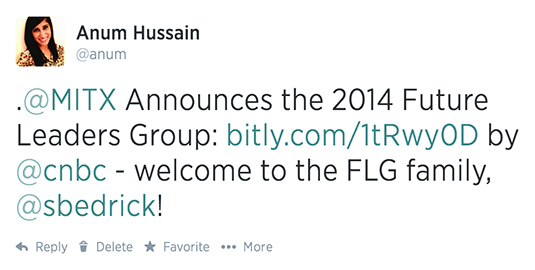 Don't want anyone to see your Tweet? Simply direct message them to send a private Tweet. Just note that the user has to be following you in order for you to message him.

For more specific tips on how to formulate your Tweets, you can review Anum's full INBOUND presentation here: How to conquer the big 3 social media networks.