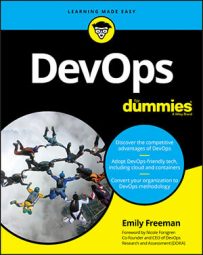 Explore Book Buy On Amazon
What is DevOps? It’s difficult to provide you with an exact DevOps prescription — because none exists. DevOps is a philosophy that guides software development, one that that prioritizes people over process and process over tooling. DevOps builds a culture of trust, collaboration, and continuous improvement. 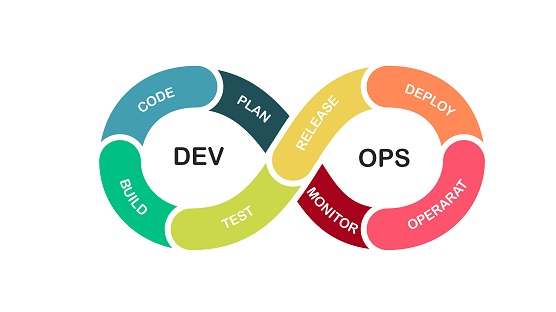 As a culture, the DevOps philosophy views the development process in a holistic way, taking into account everyone involved: developers, testers, operations folks, security, and infrastructure engineers. DevOps doesn’t put any one of these groups above the others, nor does it rank the importance of their work. Instead, a DevOps company treats the entire team of engineers as critical to ensuring that the customer has the best experience possible.

In 2001, 17 software engineers met and published the “Manifesto for Agile Software Development,” which spelled out the 12 principles of Agile project management. This new workflow was a response to the frustration and inflexibility of teams working in a waterfall (linear) process.

Working within Agile principles, engineers aren’t required to adhere to original requirements or follow a linear development workflow in which each team hands off work to the next. Instead, they’re capable of adapting to the ever-changing needs of the business or the market, and sometimes even the changing technology and tools.

Although Agile revolutionized software development in many ways, it failed to address the conflict between developers and operations specialists. Silos still developed around technical skill sets and specialties, and developers still handed off code to operations folks to deploy and support.

In 2008, Andrew Clay Shafer talked to Patrick Debois about his frustrations with the constant conflict between developers and operations folks. Together, they launched the first DevOpsDays event in Belgium to create a better — and more agile — way of approaching software development. This evolution of Agile took hold, and DevOps has since enabled companies around the globe to produce better software faster (and usually cheaper). DevOps is not a fad. It’s a widely accepted engineering philosophy.

Anyone who says that DevOps is all about tooling wants to sell you something. Above all else, DevOps is a philosophy that focuses on engineers and how they can better work together to produce great software. You could spend millions on every DevOps tool in the world and still be no closer to DevOps nirvana.

Instead, focus on your most important engineering asset: engineers. Happy engineers make great software. How do you make happy engineers? Well, you create a collaborative work environment in which mutual respect, shared knowledge, and acknowledgement of hard work can thrive.

Company culture is the foundation of DevOps

Your company has a culture, even if it has been left to develop through inertia. That culture has more influence on your job satisfaction, productivity, and team velocity than you probably realize.

Company culture is best described as the unspoken expectations, behavior, and values of an organization. Culture is what tells your employees whether company leadership is open to new ideas. It’s what informs an employee’s decision as to whether to come forward with a problem or to sweep it under the rug.

Culture is something to be designed and refined, not something to leave to chance. Though the actual definition varies from company to company and person to person, DevOps is a cultural approach to engineering at its core.

A toxic company culture will kill your DevOps journey before it even starts. Even if your engineering team adopts a DevOps mindset, the attitudes and challenges of the larger company will bleed into your environment.

Also, you measure progress and reward achievements. Never blame individuals for failures. Instead, the team should continuously improve together, and achievements should be celebrated and rewarded.

You learn by observing your process and collecting data

Observing your workflow without expectation is a powerful technique to use to see the successes and challenges of your workflow realistically. This observation is the only way to find the correct solution to the areas and issues that create bottlenecks in your processes.

Just as with software, slapping some Kubernetes (or other new tool) on a problem doesn’t necessarily fix it. You have to know where the problems are before you go about fixing them. As you continue, you collect data — not to measure success or failure but to track the team’s performance. You determine what works, what doesn’t work, and what to try next time.

Persuasion is key to DevOps adoption

Selling the idea of DevOps to your leaders, peers, and employees isn’t easy. The process isn’t always intuitive to engineers, either. Shouldn’t a great idea simply sell itself? If only it were that easy. However, a key concept to always keep in mind as you implement DevOps is that it emphasizes people.

he so-called “soft skills” of communication and collaboration are central to your DevOps transformation. Persuading other folks on your team and within your company to adopt DevOps requires practicing good communication skills. Early conversations that you have with colleagues about DevOps can set you up for success down the road — especially when you hit an unexpected speed bump.

The aspect of DevOps that emphasizes making changes in small, incremental ways has its roots in lean manufacturing, which embraces accelerated feedback, continuous improvement, and swifter time to market.

Water is a good metaphor for DevOps transformations. Water is one of the world’s most powerful elements. Unless people are watching the flood waters rise in front of them, they think of it as relatively harmless. The Colorado River carved the Grand Canyon. Slowly, over millions of years, water cut through stone to expose nearly two billion years of soil and rock.

You can be like water. Be the slow, relentless change in your organization. Here’s that famous quote from a Bruce Lee interview to inspire you:

Making incremental changes means, for example, that you find a problem and you fix that problem. Then you fix the next one. You don’t take on too much too fast and you don’t pick every battle to fight. You understand that some fights aren’t worth the energy or social capital that they can cost you.

Ultimately, DevOps isn’t a list of steps you can take, but is rather an approach that should guide the decisions you make as you develop.