How to Scan Objects for 3D Printing

By: Kalani Kirk Hausman and Richard Horne and
Updated: 10-04-2021
From The Book: 3D Printing For Dummies

Explore Book Buy On Amazon
It is possible to capture existing objects into the computer so they can be modified or simply re-created using a 3D printer. This is particularly useful in the case of artwork or other unique formations that could not otherwise be designed easily in a computer model.

The Glen Rose dinosaur track, for example, came from a laser scan of the original fossilized impression, which was used to create an electronic copy of the track that can be shared without risk to the original. 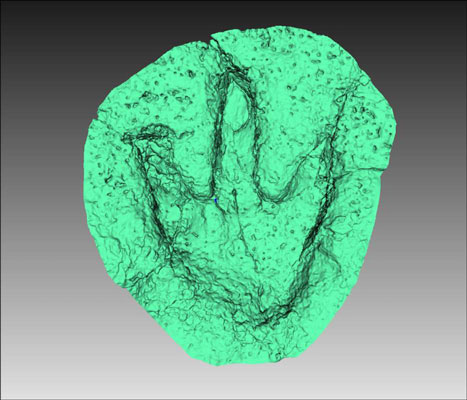 Optical scanning captures only the outer shape of an object, but it is possible to use ultrasound imaging or CT scan data to create models of internal structures as well. Researchers have recently created a model of the first exposed full skeleton of a living animal, for example, by 3D-printing the bone structure taken from a CT scan of the subject.

Similar data is being used to reconstruct the facial features of mummified remains in Egypt and of the newly discovered remains of King Richard III. Using CT scans and a stereolithographic system, researchers at the University of Dundee were able to print King Richard III’s skull into solid form, re-creating what this long-dead former monarch looked like in life.

Early 3D capturing systems relied on a probe that contacted the printed object at many different locations, defining a “point cloud” around the object's shape to define its basic geometry, which is then filled in with greater detail as the scanner measures finer points between the original markers. These systems are still used in machinery analysis and other durable environments.

More recent scanners use illumination from lasers or structured light — projections that measure the distance from the camera to different parts of an object, so there is no risk of harm to the object under investigation from the contact points of the scanner. A handheld self-contained scanner provided by Creaform was used to scan a human face.

Coupled with software on a computer, this structured-light scanner can build a 3D model from repeated measurements of an object's surface structure as the scanner is simply waved above an object of interest. 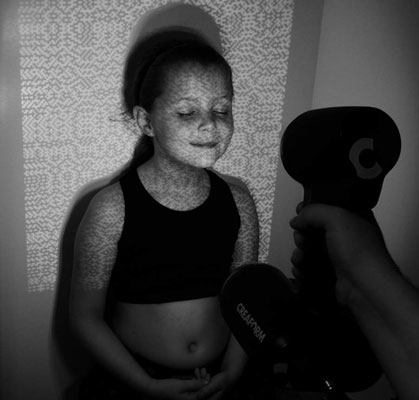 Optical scanners can have difficulty scanning highly reflective surfaces or scanning objects lacking in detailed features. While a mirrored surface would appear as just a longer path to whatever is reflected, a large sphere would appear identical to the scanner from one point to another; the software would have trouble stitching the various different angles together to create a whole model.

When scanning large objects with limited features, it is possible to help the scanner by attaching small reflective dots to the object in various locations; the scanner can use the dots to calculate the orientation of various parts of the scan. 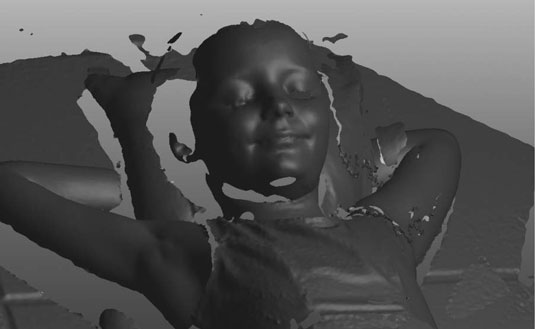 Commercial 3D scanners provide very high-resolution models of scanned objects; such devices can be as small as a handheld scanner or can involve larger, more complex systems that map multiple angles at the same time.

Scanners can image the inside surface of pipes, map out mineshafts and subterranean caverns, or even scan entire build sites for large structures, using laser tools similar to RADAR called LiDAR. Such systems are used to map mining operations to calculate ore removal, or in surveying to create digital terrain maps.

Commercial systems such as Creaform, FARO, Artec, XYZ/RGB, and a host of other alternatives provide very high-resolution object models suitable for industrial applications and manufacturing. However, a home user can use inexpensive lower-resolution scanners — like the Kinect video game controller — to model objects for 3D printing. Together with software such as SCENECT, ReconstructMe, or Microsoft Fusion, the Kinect game controller can be used to generate scanned 3D models at home. 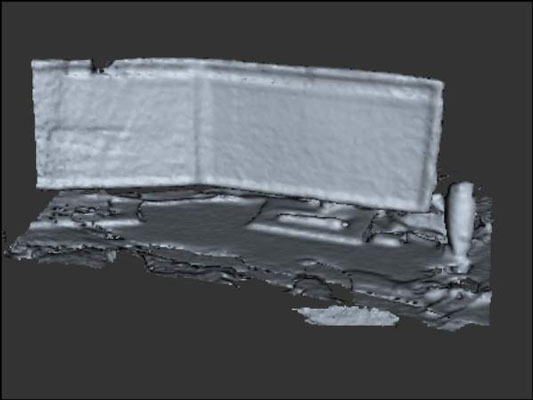