How to Perform Pattern Matching in Python

By: John Paul Mueller and Luca Massaron and
Updated: 02-17-2020
From The Book: Data Science Programming All-in-One For Dummies

Explore Book Buy On Amazon
Pattern matching in computers is as old as the computers themselves. In looking at various sources, you can find different starting points for pattern matching, such as editors. However, the fact is that you can’t really do much with a computer system without having some sort of pattern matching occur.

For example, the mere act of stopping certain kinds of loops requires that a computer match a pattern between the existing state of a variable and the desired state. Likewise, user input requires that the application match the user’s input to a set of acceptable inputs. 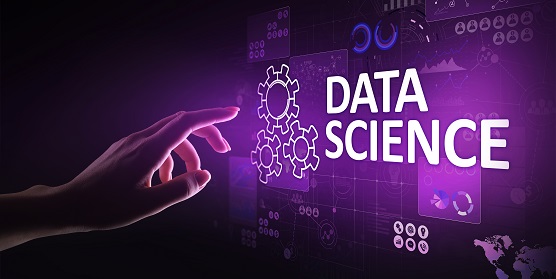 Where you choose to set the beginning for pattern matching depends on how you interpret the act. Certainly, pattern matching isn’t the same as counting, as in a for loop in an application. However, someone could argue that testing for a condition in a while loop matches the definition of pattern matching to some extent.

Many people look at editors as the first use of pattern matching because editors were the first kinds of applications to use pattern matching to perform a search, such as to locate a name in a document. Searching is most definitely part of the act of analysis because you must find the data before you can do anything with it.

Filtering is a batch process that accepts all the matches in a document and discards anything that doesn’t match, enabling you to see all the matches without doing anything else. Filtering can also vary from searching in that searching generally employs static conditions, while filtering can employ some level of dynamic condition, such as locating the members of a set or finding a value within a given range.

Filtering is the basis for many of the analysis features in declarative languages, such as SQL, when you want to locate all the instances of a particular data structure (a record) in a large data store (the database). The level of filtering in SQL is much more dynamic than in mere filtering because you can now apply conditional sets and limited algorithms to the process of locating particular data elements.

Regular expressions, although not the most advanced of modern pattern-matching techniques, offer a good view of how pattern matching works in modern applications. You can check for ranges and conditional situations, and you can even apply a certain level of dynamic control. Even so, the current master of pattern matching is the algorithm, which can be fully dynamic and incredibly responsive to particular conditions.

Pattern matching in Python closely matches the functionality found in many other languages. Python provides robust pattern-matching capabilities using the regular expression (re) library. Here’s a good overview of the Python capabilities. The sections below detail Python functionality using a number of examples.

All the functionality you need for employing Python in basic RegEx tasks appears in the re library. The following code shows how to use this library: The search() function locates only the first match, so you see the letter i as output because it’s the first item in vowels. You need the group() function call to output an actual value because search() returns a match object.

When you look at the Python documentation, you find quite a few functions devoted to working with regular expressions, some of them not entirely clear in their purpose. For example, you have a choice between performing a search or a match. A match works only at the beginning of a string. Consequently, this code:

Neither search nor match will locate all occurrences of the pattern in the target string. To locate all the matches, you use findall or finditer instead. For example, this code:

Match objects are useful in other ways. For example, you can create a more complete search by using the start()and end()functions, as shown in the following code:

This code keeps performing searches on the remainder of the sentence after each search until it no longer finds a match, as shown here: Using the finditer() function would be easier, but this code points out that Python does provide everything needed to create relatively complex pattern-matching code.

Python’s regular expression library makes it quite easy to perform a wide variety of tasks that don’t strictly fall into the category of pattern matching. One of the most commonly used is splitting strings. For example, you might use the following code to split a test string using a number of whitespace characters: The escaped character, \s, stands for all space characters, which includes the set of [ \t\n\r\f\v. The split() function can split any content using any of the accepted regular expression characters, so it’s an extremely powerful data manipulation function. The output from this example looks like this: Performing substitutions using the sub() function is another forte of Python. Rather than perform common substitutions one at a time, you can perform them all simultaneously, as long as the replacement value is the same in all cases. Consider the following code: The output of this example is You can create a pattern of any complexity and use a single replacement value to represent each match. This is handy when performing certain kinds of data manipulation for tasks such as dataset cleanup prior to analysis.