You use box plots to show some of the most important features of a dataset, such as the following:

Quartiles separate a dataset into four equal sections. The first quartile (Q1) is a value such that the following is true:

25 percent of the observations in a dataset are less than the first quartile.

75 percent of the observations are greater than the first quartile.

The second quartile (Q2) is a value such that

50 percent of the observations in a dataset are less than the second quartile.

50 percent of the observations are greater than the second quartile.

The second quartile is also known as the median.

The third quartile (Q3) is a value such that

75 percent of the observations in a dataset are less than the third quartile.

25 percent of the observations are greater than the third quartile.

You can also use box plots to identify outliers. These are values that are substantially different from the rest of the dataset. Outliers can cause problems for traditional statistical tests, so it's important to identify them before performing any type of statistical analysis.

You use histograms to gain insight into the probability distribution that a dataset follows. With a histogram, the dataset is organized into a series of individual values or ranges of values, each represented by a vertical bar. The height of the bar shows how frequently a value or range of values occurs. With a histogram, it's easy to see how the data is distributed.

Two variables are linearly related if they can be described with the equation Y = mX + b.

The figure shows a scatter plot between two variables in which the relationship appears to be linear. 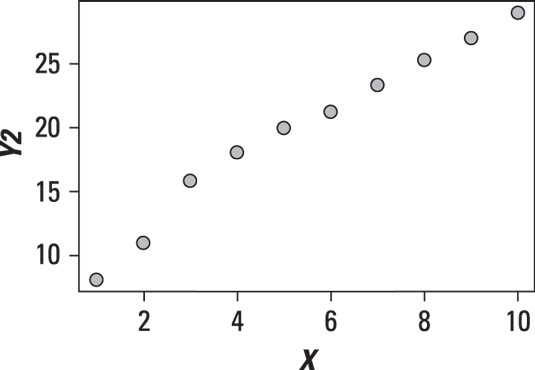 Scatter plot of a linear relationship.

The following figure shows a scatter plot between two variables in which Y appears to be rising more rapidly than X. 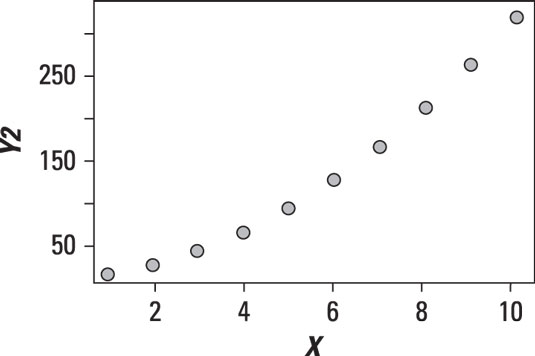 Scatter plot of a nonlinear relationship.

The following figure shows a scatter plot in which there doesn't appear to be any relationship between X and Y. 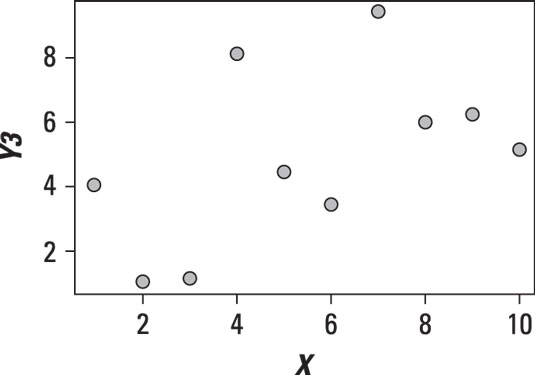 Scatter plot with no relationship between the variables X and Y.

The variables in the scatter plot shown are unrelated or independent; you can see this by the lack of any pattern in the data.

In addition to showing the relationship between two variables, a scatter plot can also show the presence of outliers. The following figure shows a dataset with one observation that is substantially different from the other observations. 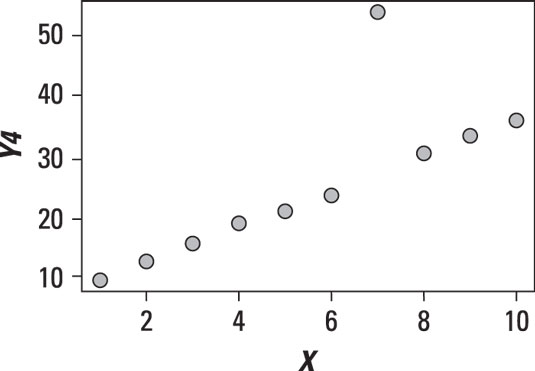 Scatter plot with an outlier.

The outlier point needs to be investigated further to determine whether it's the result of an error or other problems. It's possible that the outlier will need to be removed from the data.

Applying statistical tests that assume normality to a non-normal dataset would give extremely questionable results. Therefore, it's important to determine whether or not the data is normally distributed before conducting any of these statistical tests.