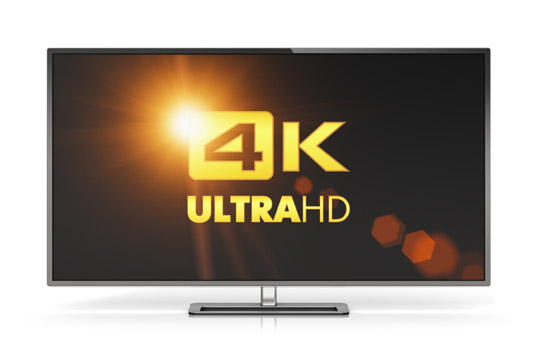 Credit: ©iStockphoto.com/scanrail
4K is the ultimate choice for crystal-clear clarity.

Especially effective on very large screens, 4K TV is also known as Ultra HD or UHD. This additional resolution adds more color resolution and depth to the picture, rendering images much more life-like. Images should be viewed on 65-inch or larger TV sets.

In order for 4K TV sets to render the full 4K experience, content needs to be delivered in 4K. The problem with that is that not a lot of it exists yet. Netflix is the current leader in providing 4K content. There are also a few TV shows, movies, and documentaries available as 4K content if you are willing to search for them.

If you hope to watch 4K TV, you also need a native 4K channel source like BT Sport Ultra HD (which requires a BT Ultra-HD box). You can also use the Android TV toting Nvidia Shield or the Amazon Fire TV. Other manufacturers, such as Roku, have announced the release of 4K-capable streaming boxes.

Broadband needs to be a minimum of 15Mbps (preferably 25Mbps) and HDMI v2.0 or later is required.

You can also make your own 4K content by using 4K-enabled cameras. These are readily available on the market from companies like Panasonic and Sony. In addition, many smartphones are 4K-enabled, including the iPhone 6S, 6S Plus, Samsung Galaxy S6, HTC One M9, and the Nexus 6P.

More 4K TV content is increasingly becoming available, so investing in the newer technology is worth it.

Bill Hughes is a veteran marketing strategy executive who has led initiatives to develop new products and solutions. He has worked for Xerox, Microsoft, IBM, General Electric, Motorola, and US West Cellular, and has written articles for several wireless industry trade magazines, as well as for USA Today and Forbes.