Video displays use one of two scanning methods to draw the picture on the TV screen: interlaced and progressive. All HDTVs are progressive-scan displays — so even if the signal being sent to the HDTV is interlaced, the HDTV will convert it to progressive scan for display on the screen.

Here's what you need to know when comparing the two scanning methods:

You should look for a display with progressive scan if it fits into your budget, because the picture appears much smoother and more like a film. (You can get direct-view progressive-scan TVs for under $500 these days.) 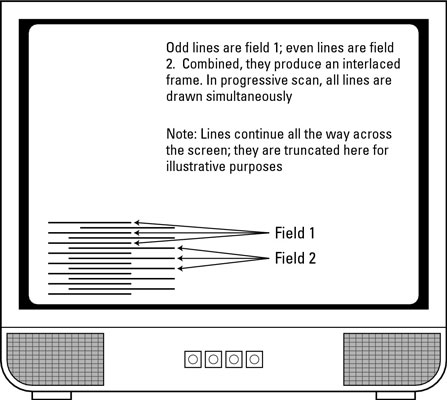