How to Update Your Android Tablet System

When an automatic update occurs, you see an alert or a message indicating that a system upgrade is available. A good way to do this is to choose Restart & Install and — as long as the tablet has a good charge or is plugged in — proceed with the upgrade. 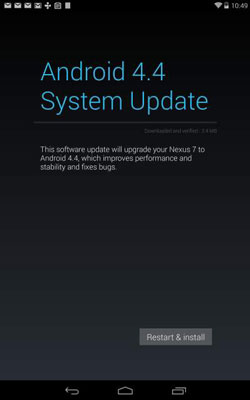