How to Fly Your Drone with an RC Transmitter

Flying your drone with a remote control (RC) transmitter means that you will be limited to flying line-of-sight, meaning you can’t fly what you can’t see! Flying with an RC transmitter also means that you won’t have the benefit of advanced communication that comes with smart devices like phones and tablets.

Flying with an RC 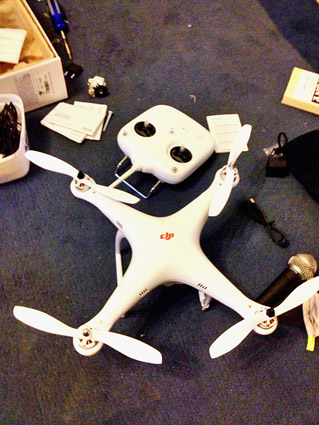 Ironically, RC transmitters have the capabilities of controlling a drone for long distances. Probably distances that are outside of your line-of-sight. RC controls do not communicate any position data or battery charge status. For this reason, you need to refer to your manual to determine how you can keep track of battery life with your device.

If you are flying with an RC transmitter, consider having an additional person with you to act as a spotter. Your spotter should stand in an elevated location and should have binoculars to keep a close eye on your drone as you fly it further from your eye’s sight.

The DJI phantom, for example, has an external LED panel that indicates several things using various combinations of colored lights. When the rear LED flight indicator beings to slowly blink red, you must immediately fly the drone back and land it as soon as possible. If you continue to fly despite the low battery, the drone will automatically begin to descend and land in its current location.

In addition to paying attention to the battery status of your drone, you need to make sure your RC transmitter batteries are fully charged. Losing power to your transmitter will cause you to lose control of your drone immediately. 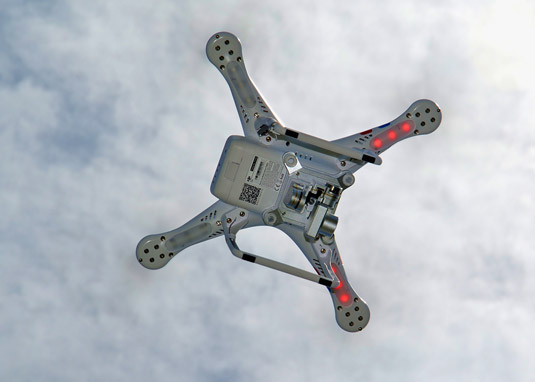 With the number of sensors in your drone that must be constantly calibrated, you may not be surprised to hear that your RC transmitter must also be calibrated from time to time. Every drone’s transmitter is calibrated differently so you must refer to your drone’s documentation for instructions.

As an example, following is the instruction for how to calibrate your transmitter for a DJI Phantom: