Dependent sources are usually associated with components (or devices) requiring power to operate correctly. These components are considered active devices because they require power to work; circuits using these devices are called active circuits. Active devices such as transistors perform amplification, allowing you to do things like crank up the volume of your music.

When you’re dealing with active devices operating in a linear mode, the relationship between the input and output behavior is directly proportional. That is, the bigger the input, the bigger the output. Mathematically for a given input x, you have an output y with a gain amplification of G: y = Gx.

Classify the types of dependent sources 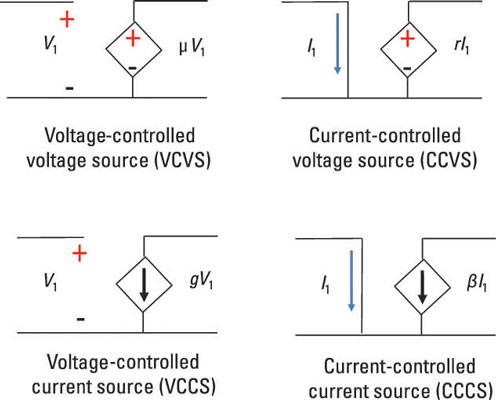 The output of a linear dependent source is proportional to the input voltage or current controlling the source output. In the sample circuit, the proportionality constants or gains are given as μ, r, g, and β:

So when the type of input matches the type of output, the proportionality constant gives you the current or voltage gain. When they differ, the input-output relationship stems from Ohm’s law.

Recognize the relationship between dependent and independent sources 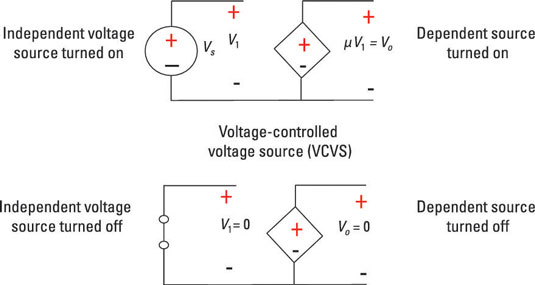