How to Measure Current on an Electronic Circuit 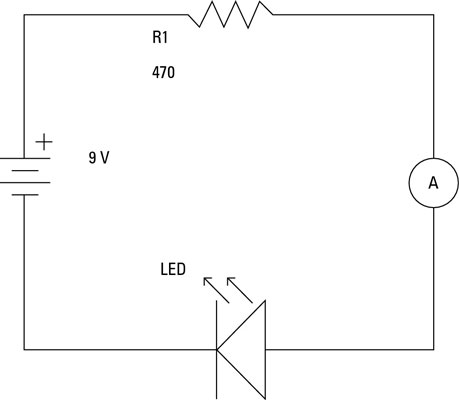 To measure the current in the LED circuit, follow these steps:

If you want to experiment a little more, try measuring the current at other places in the circuit. For example, remove the battery snap connector from the battery, and then reconnect it so that just the negative battery terminal is connected. Then, touch the red meter lead to the positive battery terminal and the black lead to the lead of the resistor that's connected to the bus strip.

This measures the current by inserting the ammeter between the resistor and the battery. You should get the same value that you got when you measured between the LED and the resistor.

You can use a similar method to measure the current between the LED and the negative battery terminal. Again, the result should be the same.