How to Deal with a Windows Firewall Alert 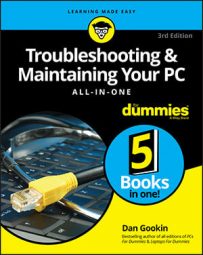 Explore Book Buy On Amazon
You see firewall warnings on your Windows PC during one of two situations. First, because you're using a new program that accesses the Internet. Second, because something sneaky is trying to access the Internet or get into your computer from the Internet. In both situations, the firewall is unfamiliar with what's going on, so you're warned.

A typical firewall warning is shown here. The one you see on your screen may look different, but your actions remain the same: 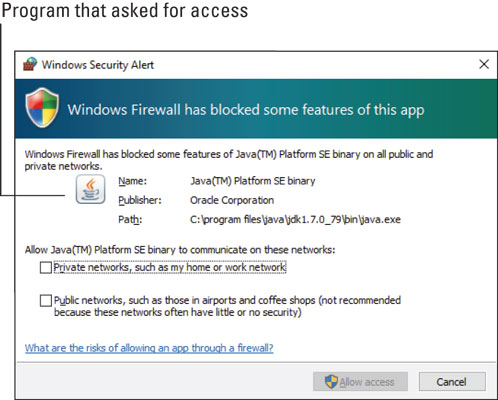 Did you just start that program or do something that caused the program to ask for access? If so, allow the access. If not, deny access.

• When you allow a program through the firewall, it won't ask again. That's because you created a new firewall rule that allows the program Internet access.

• You can unblock a program if you learn later that it's legitimate.