How to Partition a Drive for Linux and Microsoft Windows 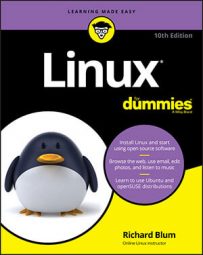 Explore Book Buy On Amazon
If you only have a single hard drive available in your PC, you need to create separate areas (called partitions) on the hard drive for Windows and Linux. This article walks through the process of how to do that, but first, you need to understand how partitions work.

Those who aren't starting from scratch for a dual boot likely need to make changes to their current installation. Proceed to the next section to find out how.

How to partition a hard drive with Windows tools

If you already have Windows installed on the entire hard drive, you'll need to shrink that partition down so there's room for Linux. The first step is to check your existing hard drive for how much free space is available to dedicate for Linux. You can do that using the File Explorer tool in Windows by following these steps: 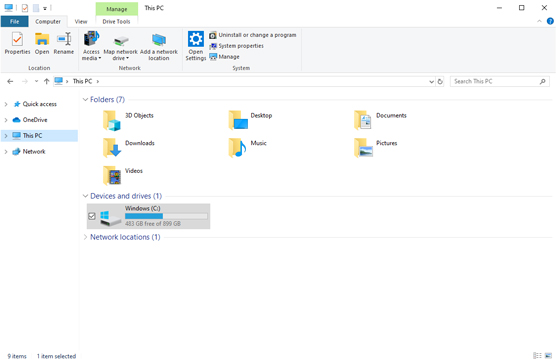 The example shows a single hard drive connected to the PC (assigned as drive letter C). File Explorer shows the drive is 899GB in size, and has 483GB available for use as a second partition.

It's usually not a good idea to allocate all the free space on your hard drive to Linux; you'll want to leave some extra room in the Windows partition so you can continue doing things while you're running Windows, such as downloading and installing patches or saving new files.

After you determine how much space you want to dedicate to Linux, you're ready to partition the hard drive.

The Windows utility you want to use is the Disk Manager program. Follow these steps to use it:

During the shrink process Windows tries to move any data stored near the end of the partition towards the front to make room for the new partition. However, some system files can't be moved, which may cause a problem and produce an error message. If this happens there are ways to move those files, but it gets much more complicated that what I can cover here. Fortunately, you aren't the first person to need to do this, so there's plenty of help available. One place to consult is the Microsoft Windows forum at answers.microsoft.com and you'll see lots of postings on how to handle this situation.

If you have lots of space available on your existing Windows partition you'll probably want a lot more than 10GB of space. The 10GB is the minimum recommended for most Linux distributions to fit the operating system. However, if you download lots of multimedia, you’ll quickly eat up whatever was left after you installed your software! Give Linux as much space as you think you can spare from your Windows environment.

How to partition a hard drive with Linux tools

If you're in a situation where you don't currently have Windows installed on the hard drive but would like to partition the hard drive first, you can use Linux tools to do the work for you. The easy solution is to boot your PC using a Live distribution and use the disk management tools available. Plenty of Live distributions include disk management tools by default, but by far the most popular is the KNOPPIX Linux distribution.

The KNOPPIX Linux distribution was the first to create a live Linux version, even back before there were DVDs (it was called a LiveCD!). What keeps KNOPPIX at the top of the list of popular Linux distributions is the myriad of utilities it includes by default. It touts itself as a rescue disk — a way to boot your PC if things go horribly wrong with the existing operating system, and be able to troubleshoot and possibly fix issues.

Follow these steps to partition your hard drive using KNOPPIX:

After the hard drive is partitioned you can exit the tool and shutdown KNOPPIX. And that's all there is to it!

Richard Blum has more than 30 years of experience as a systems administrator and programmer. He teaches online courses in PHP, JavaScript, HTML5, and CSS3 programming, and authored the latest edition of Linux For Dummies.