The Many Types of Mobile Devices on Your Network 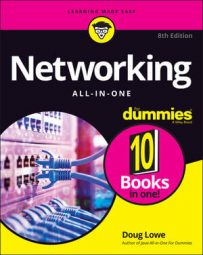 Explore Book Buy On Amazon
Your network is no longer just computers, printers, and maybe PDAs. Now, you have to consider a whole bunch of different device types when planning your network's security.

Once upon a time, there were mobile phones and PDAs. A mobile phone was just that: a handheld telephone you could take with you. The good ones had nice features such as a call log, an address book, and perhaps a crude game but not much else. PDAs — Personal Digital Assistants — were little handheld computers designed to replace the old-fashioned Day-Timer books people used to carry around with them to keep track of their appointment calendars and address books.

All that changed when cellular providers began adding data capabilities to their networks. Now, cellphones can have complete mobile Internet access. This fact has resulted in the addition of sophisticated PDA features to mobile phones and phone features to PDAs so that the distinctions are blurred.

The term mobile device is used to describe a wide assortment of devices that you can hold in one hand and that are connected through a wireless network. The term handheld is a similar generic name for such devices. The following list describes some of the most common specifics of mobile devices: