How to Use the Image Viewer on Your Raspberry Pi

Explore Book Buy On Amazon
It’s easy to look at your digital photos and other images using PIXEL. Among the accessories on the Applications menu is the Image Viewer. You can start it from the menu (in the Accessories folder) or by double-clicking or right-clicking an image file.

The Image Viewer displays the picture, with a toolbar underneath it. From left to right, this is what the buttons do: 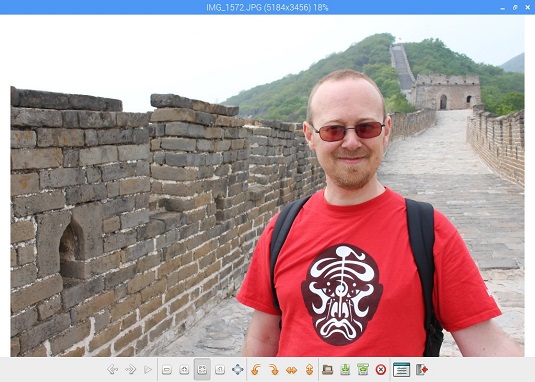