PC keyboards are anything but standard. Customized keyboards, with special buttons and features, seem to be the rule, not the exception. Still, the basic PC keyboard layout has 104 keys common to all PC keyboards.

There are four main areas on your PC’s keyboard (as shown in this figure): 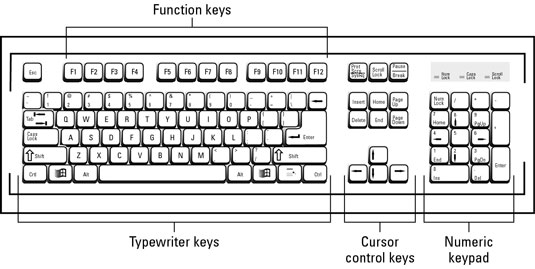 In addition to the basic keyboard layout, your PC's keyboard may have even more buttons, or it may be ergonomically designed, or whatever.