Pool and Billiards For Dummies

Explore Book Buy On Amazon
If you’re playing hockey, or just want to understand the game, you need to know your way around the rink, how to shoot and pass the puck, what makes up a hockey penalty, the positions on a hockey team, and tips for getting prepared to hit the ice.

An official NHL (National Hockey League) rink is 200 feet long and 85 feet wide; an international competition rink is wider by 15 feet. The rink is divided by the red line, has two blue lines, five face-off circles, the goals and the creases. Check out this hockey rink diagram. 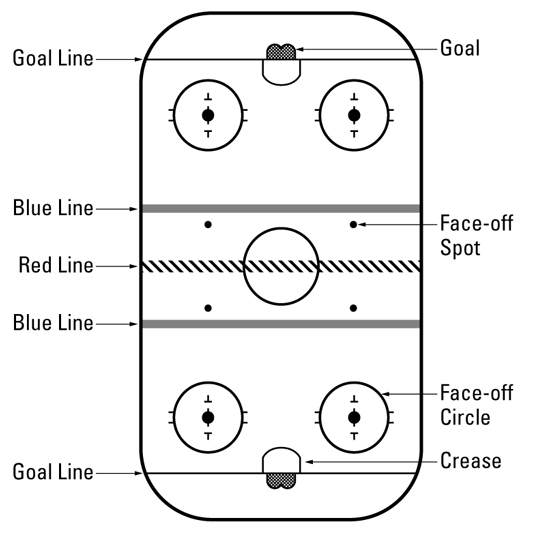 Shooting and passing the puck in ice hockey

Obviously, if you don’t score goals, you won’t win the hockey game. Make sure you’re passing and shooting the puck quickly and accurately to make the most of your hockey team’s offense. Use these guidelines to help:

An ice hockey team is made up of six players, each with a specific position and job. The job of the offense is to score goals, and the defense is there to protect the goal. The following list describes each of the hockey positions:

Make sure you’re prepared before you hit the ice to play hockey. Understanding the rules of ice hockey is only the first step toward becoming a great hockey player; you also need to know how to play safely and to show good sportsmanship. Follow these recommendations and you’ll be on your way.

Nicholas Leider is managing editor of Billiards Digest magazine, for which he continues to write extensively on billiards play and game strategy.