How to Play Fantasy Baseball

Since the 1980s, fantasy sports baseball has become a popular way to interact with the baseball games you watch and love. With fantasy baseball leagues popping up all over the place, you may be asking yourself what the point of this game is, and how to join a league to get in on the action.

To play fantasy baseball you first must understand the basics of fantasy sports and the whole reason behind joining a league. 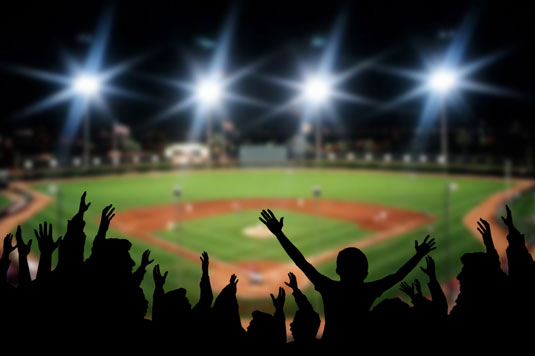 Fantasy baseball can be played in many different ways, which can determine how you score players and how the winner of the league is selected.

The most common variation of playing fantasy baseball is called Rotisserie. In this version, each person in the league compiles a team of real players; the players are scored by category; and the person with the highest cumulative point totals at the end of the season wins.

The categories for scoring points are as follows:

This configuration is the most common and is known as a “5x5 fantasy baseball league,” referencing the five hitting stats and five pitching stats that are used for scoring. Some leagues adopt more or less scoring categories depending on the complexity of the league.

Keep in mind that some leagues score weekly as opposed to a cumulative end-of-season scoring schedule. If you are in a league that scores weekly, you have more chances for your team to win, in either specific categories or as a whole.

New twists on the game have emerged, including versions such as:

Another popular feature included in most fantasy baseball leagues is the ability to trade players. Trading can be done in one of two ways.

The reason you might want to trade players can be complex. Some people trade players to get rid of a bad player. Others trade a group of bad or mediocre players for one really good player.

Often when trading players or creating a roster from scratch, each team is restricted by a salary cap. Each player is assigned a salary; if you select all top-notch players, you will exceed your salary cap. This rule keeps the better players more evenly distributed among league members to prevent one team from having all the higher ranked players.

Why join a fantasy baseball league?

Now that you have a generalized grasp on how the game works, you can find a fantasy baseball league that follows the rules by which you want to play. Many league options are available online, and more personal games can be found at your local watering hole or a friend’s man-cave.

Approach playing fantasy baseball with the goal of finding new friends who love baseball as much as you do. Of course, you also might have the opportunity to win a nice chunk of change!