To understand the game of fantasy sports baseball, you must first understand the different types of leagues and gameplay formats. Then you will know what you are getting yourself into when joining or even starting a league of your own. 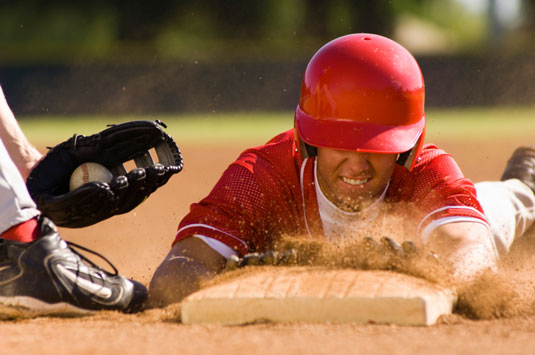 Several different combinations of this layout exist — such as 2x2x2 or 5x5 and so on — with 4x4 and 5x5 being the most common of the fantasy league setups.

Some leagues are paid and some are free to enter. You can enter many free leagues online that still offer a wining pot at the end of the season, and some even boast a bobble-head trophy to the victor. For example, CBS Sports and MLB.com are two of the more popular free fantasy sites.

If your main goal is to make a lot of money, paid leagues are usually the way to go. The leagues usually aren’t stacked with players, so the odds of winning are greater and there's a better selection of players for your fantasy team roster! The buy-in will vary depending on how much money you are looking to make.

Online leagues are usually free to enter and treated like a lottery as a way to get around gambling laws. If your online league offers a cash prize to the wining team, then make sure to check with your local laws to verify your gameplay is not considered a form of illegal gambling in your state!

There are three main types of fantasy baseball gameplay formats that are most commonly used:

Fantasy sports baseball is mainly an outlet for people who are looking for a more social and interactive way to watch their favorite sports and/or players. Anyone can join a fantasy league. If you have trouble with scoring or draft picks, try asking someone in your league. Most people are willing to help a “newbie.” Most importantly, have fun!