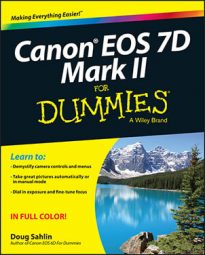 Even though your EOS 7D Mark II is a very capable camera, it can get it wrong when you’re shooting under difficult lighting conditions. That’s why your camera lets you display a histogram alongside the image on your camera’s LCD monitor.

A histogram is a wonderful thing: It’s a graph — well actually it looks more like a mountain — that shows the distribution of pixels from shadows to highlights. Study the histogram to decide whether the camera — or you, if you manually exposed the image — properly exposed the image. 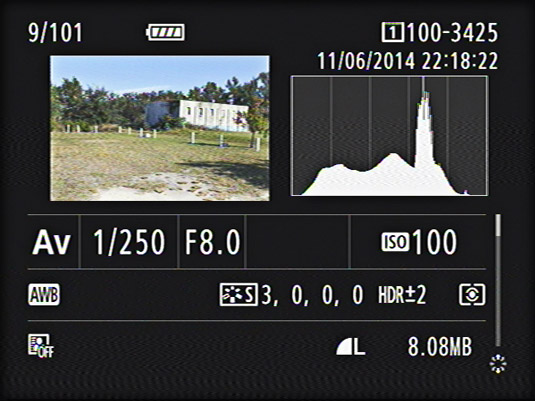 The histogram can tell you whether the image was underexposed or overexposed. If you notice the sharp spike on the right side of the histogram, this indicates that all detail has been lost in some of the highlights. Your camera can display a single histogram and display a histogram for the red, green, and blue channels. 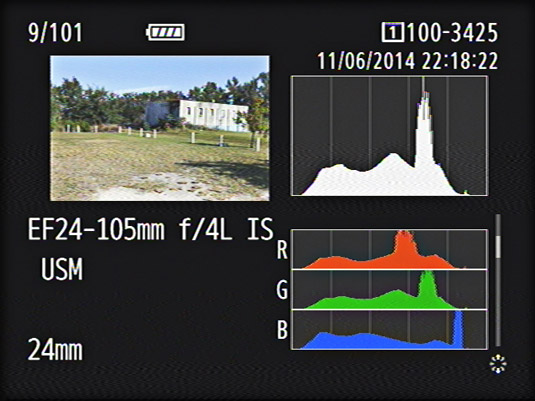 You can correct for overexposure and underexposure to a degree in your image editing program, but it’s always best to get it right in the camera. If you analyze a histogram and notice that the image is overexposed or underexposed, you can use your camera’s exposure compensation feature to rectify the problem.

The histogram is a tool. Use it wisely. When you’re analyzing a scene that doesn’t have any bright highlights, you may end up with a histogram that’s relatively flat on the right side. When that happens, judge whether the image on the camera LCD monitor looks like the actual scene. If you rely on the histogram when you see a flat area in the highlights and add exposure compensation, you may make the image brighter than the scene actually was.