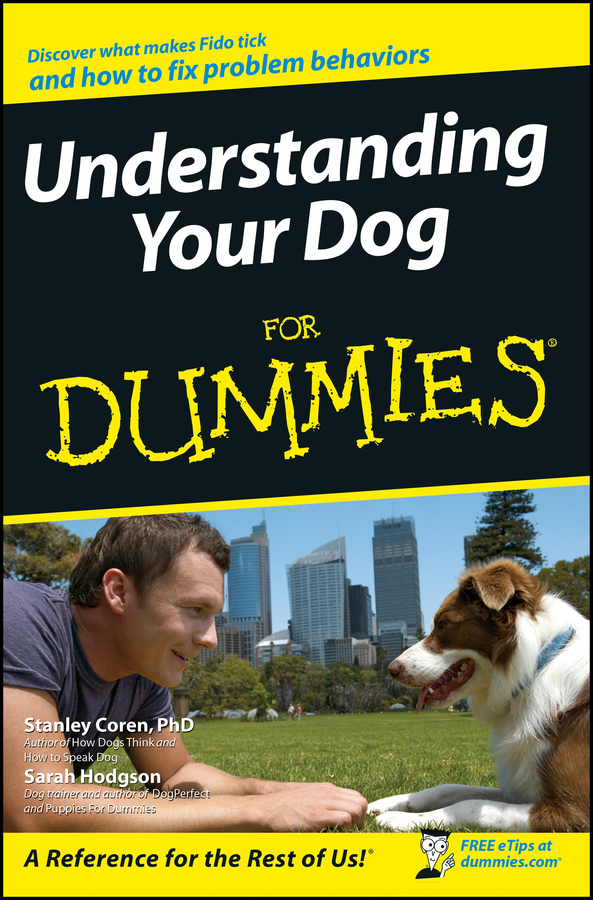 Your puppy has basic needs — eating, drinking, going to the bathroom, sleeping, and playing — and an instinct to satisfy them. When these basic needs are routinely satisfied by a loving caregiver, without stress, discipline, or confusion, the puppy develops a strong bond with that person.

When their needs aren’t met, puppies start nipping and, if directed, may bark and become frantic and fidgety. If initial nips are met with harsh discipline, the puppy may develop defensive reactions, such as aggression or barking back.

Puppies are happiest when a predictable routine has been set. A hungry puppy is understandably upset and may show you by eating anything — even difficult-to-digest things such as tissues or walls! Schedule feeding times and stick to them as closely as possible. If you notice your puppy getting nippy or difficult, check your watch. The behavior may be a result of hunger tension.

A young puppy has a high metabolism and should have more frequent meals. Schedule three to four meals throughout the day, slowly phasing out meals as your puppy matures. At some point after your puppy reaches 10 months to a year, your puppy may naturally drop one meal: most dogs, however, prefer two feedings a day.

Puppies need a lot of water, especially when the weather is hot or when they’ve been chewing and playing. Even though allowing them access to water when their system demands is important, monitoring their drinking habits is equally important. Bladder muscles are the last to develop, so what goes in comes out quickly!

Establish a drinking station for your puppy and keep his dish there whether it’s empty or full. Give your puppy water with his meals; after playing, chewing, or napping; and as you’re on your way to his potty area. If you’re forgetful, fill his water dish and leave it out for him throughout the day.

Restrict water after 7:30 p.m. unless you want to be up all night taking your puppy outside. If your puppy clearly needs a drink, either give him a small amount or offer a couple of ice cubes.

Going to the bathroom

Your puppy’s biological clock will have him eliminating on demand. When his bladder or bowels are pressed, he’ll let loose whether he’s outside or on the papers — or on the rug, if you’re not watching.

Your goal is to teach your puppy where to go and how to let you know if an obstacle (such as a door) is stopping him from getting there. Fortunately, you’ll find this task easy after you commit to a routine and are able to relax your expectations. Your puppy needs a schedule, a routine, and a consistent pattern — all of which are within your grasp.

Create a quiet space where your puppy can escape the daily hubbub and catch up on his Zs whenever he needs to. Clearly communicate to friends and family that this area — perhaps a crate, bed, room, or pen — is off-limits to people when your puppy needs to nap.

Young puppies require two sleep cycles of two to three hours each day. Designate a quiet room for napping, using a crate or gate to contain your puppy, and place him down for scheduled naps during the day. Each time you lead your puppy to his resting area, say a cue word like “Bed.” Eventually he’ll go to this area on his own when he’s tired.

The urge to play and express himself energetically is one of the most natural responses in your puppy’s repertoire. As with children, play and lighthearted interactions can be fabulous instructional tools and can be used exclusively during your first few months together.

How you play with your young puppy determines your long-term relationship. Rough games, such as wrestling or tug of war, communicate confrontation, which can encourage tugging on other things or rough play. A confronted puppy is more likely to challenge you and ignore your direction. Games such as the two-ball toss, soccer, and name games instill cooperation and a fun-loving attitude — this puppy won’t ever want to leave your side!