By: Miriam Fields-Babineau and
Updated: 10-25-2020
From The Book: Mixed Breeds For Dummies

Explore Book Buy On Amazon
The offspring of purebred dogs all look alike on the outside and have similar personalities and temperaments. You can’t say that about mixed-breed dogs. No two are exactly alike — even those from the same litter. Although their environment has a lot of impact on their future behavior, they still have specific genetic codes that are difficult to decipher. 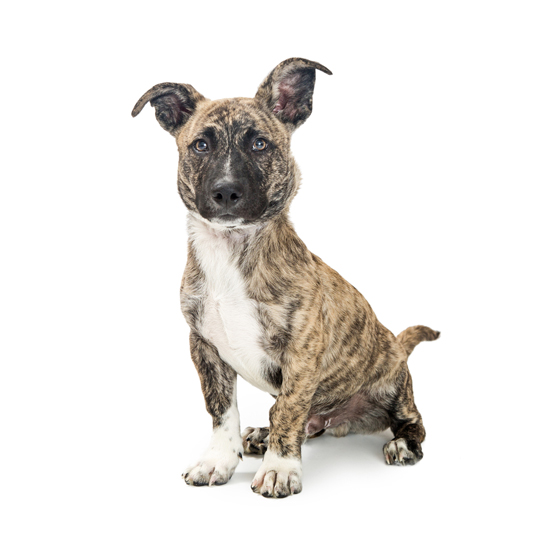 Mixed-breed dogs — especially so-called “designer dogs” — have recently experienced a surge in popularity. Though actually hybrids — the offspring of two purebreds — designer dogs are highly prized for their unique characteristics. Designer dogs are very expensive, because they’re in short supply and highly desired.

Very small mixed breeds have also become very popular. They’re easy to transport, can be carried in a handbag, and offer all the affection and playful antics of their larger cousins. From 3 to 7 pounds, so-called “pocket dogs” are gaining ground, probably fueled by the fact that they’re carried by their celebrity owners down the red carpet. Many of the current, popular pocket dogs are hybrids — the mix of two very small purebred dogs.

Most dogs — regardless of their breed or size — merely want to be with their human companions. Your dog looks to you for direction, companionship, food, shelter, and understanding. In return, your dog offers friendship, trust, and love. He’ll never grow up and move away, he’s there when you need someone to talk to, and he’s always ready to join in a game. Your dog doesn’t have to be purebred to fulfill your needs. After all, your dog doesn’t know what purebred is — all he knows is that he wants to be with you.

What are mixed-breed dogs?

A mixed-breed dog is one who has been conceived by two different purebred or mixed-breed dogs. The parentage of many mixed-breed dogs is unknown, because the breeding wasn’t planned. Two unsterilized dogs crossed paths when the female was in heat, and the rest is history.

Mixed-breed dogs are sometimes called mutts, mongrels, or Heinz 57 dogs. No matter what they’ve been called, they haven’t traditionally been the sought-after purebred dog that people pay a lot of money to buy.

In recent years, though, mixed-breed dogs have become more popular. The American Kennel Club (AKC) has officially created a new grouping for mixed-breed dogs — the All-American — through its AKC Canine Partners program. Now mixed-breed dogs can participate in any performance event that was formerly the domain of purebred dogs, including certifications such as the Canine Good Citizen (CGC) and AKC S.T.A.R. Puppy programs. Mixed-breed dogs are also being put to work as service dogs, therapy dogs, and search-and-rescue dogs. They’re valued as pets and companions. And in some parts of the world, owning a mixed-breed dog is considered chic.

Each mixed-breed dog is unique. Even designer dogs don’t meet any specific standard, such as those seen in purebred dogs. There’s no guarantee of the adult dog’s height, appearance, or temperament. What happens happens.

Although some designer-dog breeders claim that their mixed-breed pups are healthier due to breeding two different breeds together, this isn’t always the case. The health of the pups depends on the two individuals who are mixed. Only through careful testing of the parents — such as X-raying hip joints, testing the eyes and heart, testing blood for specific diseases, and temperament testing for overall personality — that a breeder can be somewhat certain that the offspring will be healthy. Although most professional purebred dog breeders do these tests, few designer-dog breeders do so. And you can be sure that the owners of those wandering pets who crossed paths didn’t do so either.

A designer dog is a dog whose parents were both purebred dogs, of different breeds. For example, a Golden Doodle has one parent who is a purebred Golden Retriever, and another parent who is a purebred Poodle. His mother may have been the Poodle, and his father may have been the Golden Retriever — or vice versa. The designer dog was bred intentionally by a designer-dog breeder. A non-designer mixed-breed dog is a dog who was bred either intentionally or by accident. One or both of his parents were not purebred dogs.

Even though you have no idea what your mixed-breed puppy will grow up to look like, there are ways to be sure he’ll still be a good pet. Your good care, training, and love will make him the ideal companion. It doesn’t matter what others might think when they see your short-legged, long-backed, droopy-eared, multicolored dog with the overshot jaw and wrinkled forehead. All that matters is your love and devotion to him, which he’ll return tenfold.

A tale of two dogs: how mixed-breed dogs come to be

The story of mixed-breed dogs is often a sad one. Many people see them as a lower caste of animal — with no heritage and an unknown future. They overpopulate animal shelters and humane societies. They roam the streets in cities, suburbs, and rural areas, menacing wildlife and small pets. In their search for food, they raid garbage cans and alleyways. If captured by animal control, few are claimed, and most are put to sleep.

Just as people throw out old computers, or clothing that’s no longer in style, mixed-breed dogs often suffer the same consequences when their owners no longer want to be bothered to care for them. The most common scenarios:

An unhappy dog without companionship will do what he can to get loose and find company. Dogs who are tethered outdoors break their ropes; those in pens dig under the fence; many in yards jump over a fence or take advantage of open gates because they want to find other dogs. And when they find other dogs, they often procreate — and then more unwanted mixed breeds enter the world.

Rarely does breeding of mixed-breed dogs happen intentionally. Though unplanned, many mixed-breed dogs can still bring joy and love to your life. Don’t judge the dog on how he came to be, or where he was found — instead, consider how happy and fulfilling a future shared with that mixed-breed dog can be!

Wondering what you can do with a mixed-breed dog? Anything! You may not be able to compete in purebred dog club shows, but similar certificate-awarding shows are available for mixed-breed dogs. You and your dog are teammates in all performance activities. Your mixed breed can Mixed breeds can perform jobs to help people, save people, and inspire people. They’re stars on the screen, stage, and television. They’re heroes in the line of duty or while sifting through debris. They keep our borders safe, sniffing out dangerous chemicals and drugs.

Many mixed breeds have a bad start, but you can change that by adopting one that steals your heart. Just one stroll through an animal shelter or humane society, and you’re bound to find one, or two, who’ll give you the love and devotion you’re looking for.

They don’t call dogs man’s best friend for nothing. Nobody can love you like a dog.

Miriam Fields-Babineau has been a professional animal trainer since 1978 and is the author of 45 books in the field, including one on how to train cats! A psychologist and zoologist, she takes her work home with her and lives in Vermont with her family, dogs, cats, and horses.