The Outside of the Chicken: Eyes, Ears, Skin, and Feathers

Being able to refer to the common names of the outside parts of the chicken is helpful when describing a problem to someone long distance and to ensuring the health of your flock. 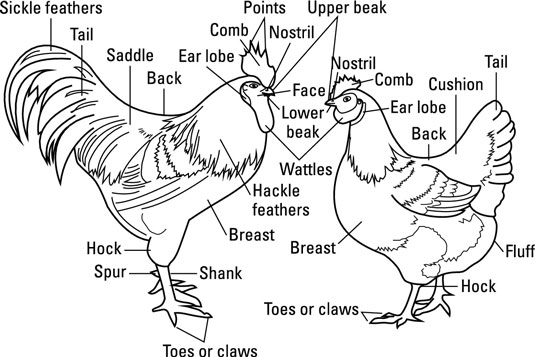