The Organs of a Chicken’s Immune System

You need to understand the chicken immune system, to familiarize you with that defense network, because flock owners need to know how to help their chickens protect themselves against and deal with infectious diseases. A bird has built-in defenses against invading disease-causing organisms, such as bacteria or viruses. 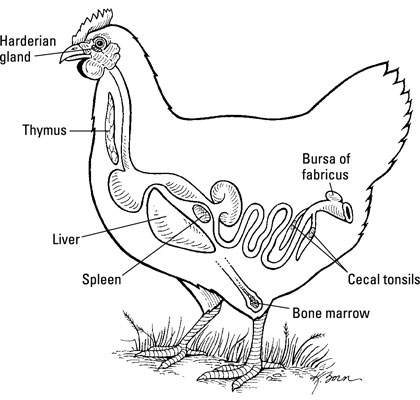 The following list walks you through these different parts of a chicken’s immune system: