How to Score a Bridge Rubber

Explore Book Buy On Amazon
In bridge, to make game, you need to score 100 points. The first team to score game twice wins the rubber. Scoring in bridge is a cumulative process that takes in several factors when you play an actual rubber.

When scoring a rubber, think of yourself and your partner as “We” and the opponents as “They.” This is the standard notation used for scoring at bridge.

Normally, everyone keeps a score of the rubber in front of them so they can see how the rubber is progressing and how many points they need to make game. You can keep score on just about anything, but bridge score pads are easily available if you'd rather not draw some lines on a piece of paper for yourself.

How to draw a score pad: beneath the line

The whole process starts by drawing a line so your score pad looks like the one shown in this image: 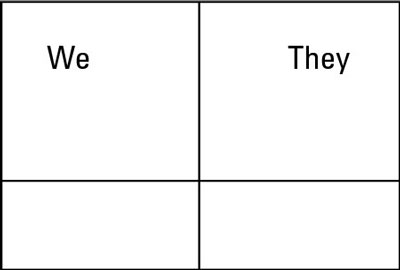 Beneath the horizontal line goes your score toward game (the 100 scoring points you’re seeking); above the line go the following:

Of course, your opponents get all those points above and below the line on their side if they defeat your contract, make their contract(s), and win the rubber. Fair is fair.

How to draw a score pad: above the line

You can score bonus points for any of the following situations:

These bonuses go above the line; they don’t help you win the rubber. In a sense, these bonuses reward you solely for the luck of being dealt particular cards. Declare the bonus points for honors only at the end of the hand, before the next hand begins. Don’t declare them during the play of the hand because it gives the opponents (and your partner) too much information about your hand.

Adding up the points

After a partnership wins the rubber (by making two game contracts), both sides add the total number of points they scored during the rubber. You get to count all the points, regardless of whether they are above or below the line.

After the rubber has been won, you draw a double line after the last game score and add both partnerships’ total points for the rubber. You add all the points, both below and above the line, and enter the total below the double line. The score sheet for the sample rubber now resembles this image. 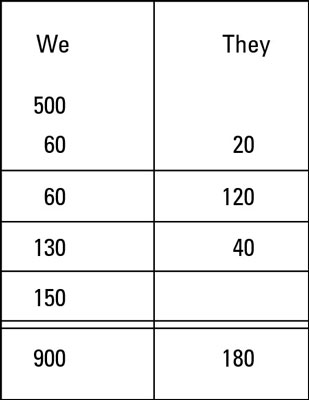