Explore Book Buy On Amazon
José Raúl Capablanca was world champion from 1921 to 1927. Many people considered him the strongest player in the world prior to 1921, but he was unable to arrange a match with the then-champion, Emanuel Lasker.

When public sentiment became overwhelming in demand of a match, Lasker simply tried to resign his title to Capablanca. This behavior seems to add credence to the view that Capablanca was the better player years before the match finally took place. In fact, beginning in 1914, Capablanca lost only a single game over the next eight years.

Capablanca's dominance was so great that he was nicknamed "the chess machine." Even great players felt that he was unbeatable. Capablanca eventually became somewhat bored with chess because it was too easy. For him, it may have been.

In the game Capablanca-Benito Villegas from Buenos Aires in 1914, black (Villegas) has just played the move 17… cxd4 to arrive at the position shown here. (Check out Understanding Chess Notation if you need help with reading the moves.) 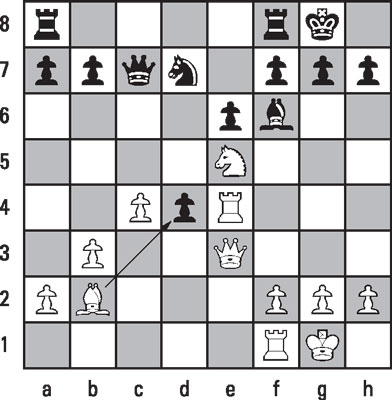 Most players would play the seemingly routine move 18. Bxd4, but Capablanca has a better idea. He plays the following move:

If Villegas had played 18… dxe3, capturing white's queen, Capablanca would have continued with 19. Nxf6+ — see the following figure. 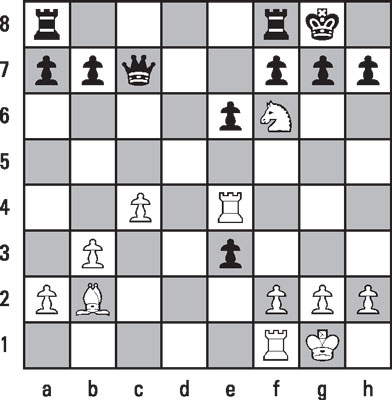 The truly great players could all see obvious moves, but they knew to look beyond them.