How to Chat at a Sushi Bar 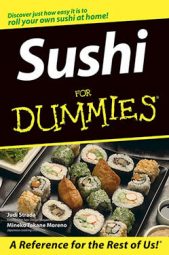 If a Japanese-speaking sushi chef is behind the sushi counter, these ten brief Japanese expressions will come in handy and make you a very welcome guest. Stress each syllable equally and you’ll be set.