Sauternes and the Nobly Rotten Wines 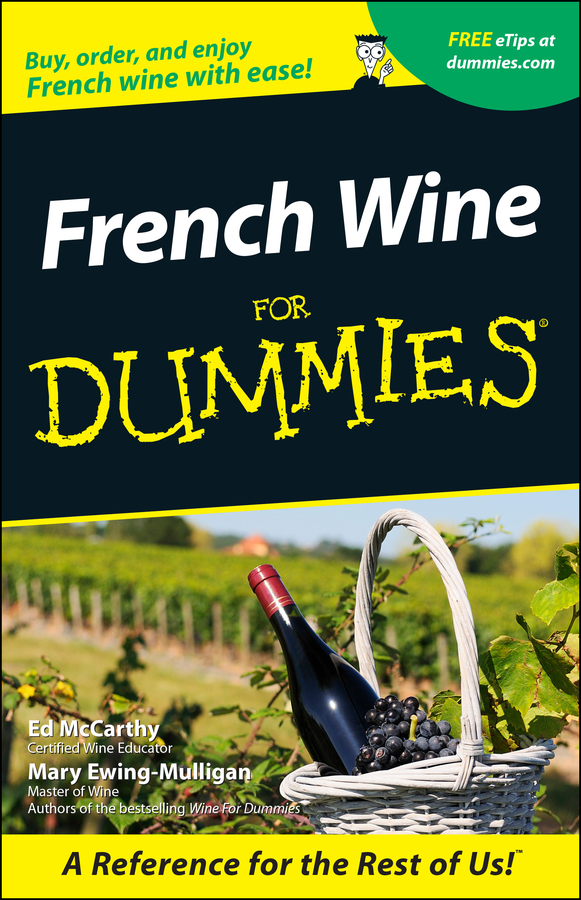 Warm, misty autumns encourage the growth of a fungus called botrytis cinerea in vineyards. Nicknamed noble rot, botrytis concentrates the sugar and acid in the juice of the grapes, giving the winemaker amazingly rich juice to ferment. The best wines from botrytis-infected grapes are among the greatest dessert wines in the world, with intensely concentrated flavors and plenty of acidity to prevent the wine from tasting excessively sweet.

The greatest nobly rotten wines are made in the Sauternes district of Graves (Bordeaux) in France, in Germany, and in the Tokaji district in Hungary, but they are also produced in Austria and California, among other places.

Sauternes is a very labor-intensive wine. Grapes must be picked by hand; workers pass through the vineyard several times — sometimes over a period of weeks — each time selecting only the botrytis-infected grapes. Yields are low. Harvests sometimes linger until November, but now and then, bad weather in October dashes all hopes of making botrytis-infected wine.

Consequently, good Sauternes is expensive. Prices range from $45 to $50 a bottle up to $750 (depending on the vintage) for Château d’Yquem (d’ee-kem). The greatest Sauternes, Yquem has always been prized by collectors. It was the only Sauternes given the status of First Great Growth in the 1855 Bordeaux Classification.

Sauternes is widely available in half-bottles, reducing the cost somewhat. A 375-ml bottle is a perfect size for after dinner, and you can buy a decent half-bottle of Sauternes or Barsac, a dessert wine similar to Sauternes, like Château Doisy-Védrines (dwahs-ee-veh-dreen) or Château Doisy-Daëne (dwahs-ee-dah-en) for $25 or less.

The Sauternes wine district includes five communes in the southernmost part of Graves (one of them named Sauternes). One of the five, Barsac, is entitled to its own appellation; Barsac wines are slightly lighter and less sweet than Sauternes. The Garonne River and the Ciron, an important tributary, produce the mists that encourage botrytis cinerea to form on the grapes.

The three authorized grape varieties are Sémillon, Sauvignon Blanc, and Muscadelle — although the latter is used by only a few châteaux, and even then in small quantities. Sémillon is the king of Sauternes. Most producers use at least 80 percent of Sémillon in their blend.

Wine that is called Sauterne (no final s) is produced in California and other places. This semi-sweet, rather insipid wine is made from unremarkable grapes and usually sold in large bottles. It bears absolutely no resemblance to true, botrytis-infected Sauternes, from Sauternes, France. California does make late-harvest, botrytis-infected wines, mainly Rieslings, and while they are far better than California Sauterne, they are very different wines from the botrytis wines of Sauternes or of Germany.

All the Sauternes in the following list range from outstanding to good. (Wines specifically from Barsac are labeled as such.) In Sauternes, vintages are just as important as in the rest of Bordeaux.

Sauternes has such balance of natural sweetness and acidity that it can age well for an extraordinarily long time. Unfortunately, because Sauternes is so delicious, people often drink it young, when it’s very rich and sweet. But Sauternes is really at its best when it loses its baby fat and matures.

After about 10 to 15 years, Sauternes’s color changes from light gold to an old gold-coin color, sometimes with orange or amber tones. The wine loses the perception of sweetness and develops flavors reminiscent of apricots, orange rind, honey, and toffee.

This stage is the best time to drink Sauternes. The better the vintage, the longer Sauternes takes to reach this stage, but once there, it stays at this plateau for many years — sometimes decades — and very gradually turns dark amber or light brown in color. Even in these final stages, Sauternes retains some of its complex flavors.

In good vintages, Sauternes can age for 50 to 60 years or more. Château d’Yquem and Château Climens are particularly long-lived.

Sauternes is best when served cold, but not ice cold, at about 52 to 53 degrees Fahrenheit (11 degrees Celsius). Mature Sauternes can be served a bit warmer. Because the wine is so rich, Sauternes is an ideal companion for foie gras, although, ordinarily, the wine is far more satisfying after dinner than as an apéritif. As for desserts, Sauternes is excellent with ripe fruits, lemon-flavored cakes, or pound cake.

Many sweet, botrytis-infected wines similar to Sauternes exist in France; they sell for considerably less money than Sauternes or Barsacs. These wines are not as intense or as complex in flavor, but they are fine values at $20 to $30.

Directly north and adjacent to Barsac is the often overlooked Cérons wine region. You can probably convince many of your friends that a Cérons, served blind, is a Sauternes or Barsac. From the Entre-Deux-Mers district of Bordeaux, look for wines with the Cadillac, Loupiac, or Sainte-Croix-du-Mont appellations — all less expensive versions of Sauternes.