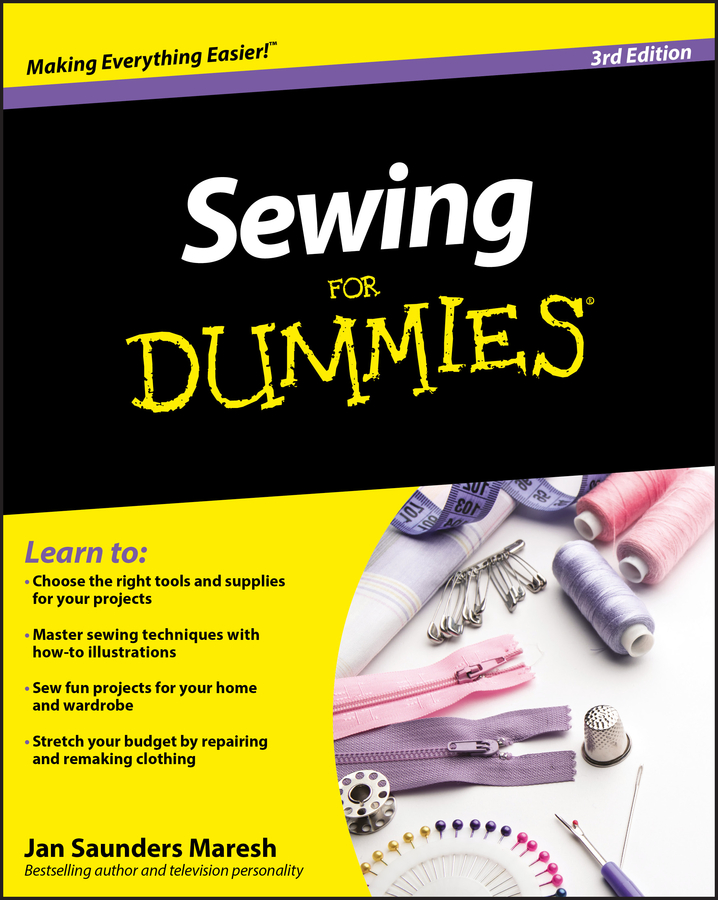 Explore Book Buy On Amazon
A duvet is a fluffy comforter that's slipped into a duvet cover. You can make this quick duvet cover out of bedsheets, so your duvet will be as easy to care for as the sheets on your bed.

To make this duvet cover, you need the duvet you intend to cover at hand so that you can measure it. You also need the following materials, in addition to your arsenal of basic sewing equipment:

Duvets and flat sheets vary in size by manufacturer, so double-check that the sheets you buy are large enough to cover your duvet.

1. Lay one sheet on the table or floor, wrong side up. Center your duvet on the sheet so that the edges of the duvet are inside the hemmed edges of the sheet. 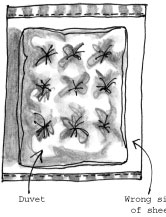 2. Cut out the sheet the same size as the duvet, cutting off the excess fabric from the bottom, sides, and top.

This piece is the duvet top.

If you need a little more length, rip out the hems at the top and bottom of each sheet and then press the hems flat before cutting.

3. Using the first cut sheet as a pattern, cut the second sheet the same size as the first sheet.

This piece is the duvet back.

4. Insert the zipper on one short end of the duvet cover by using a centered zipper application.

After you stitch in the zipper, remove the basting stitches and unzip it. (You need the zipper unzipped to turn the duvet cover right side out.)

6. Starting and stopping at the ends of the zipper, pin the top and lining right sides together. Then sew the rest of the duvet together by using a 5/8-inch allowance. 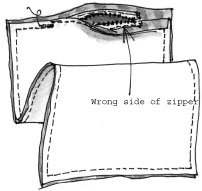 7. Turn the duvet cover right side out through the zipper opening and then slide in your duvet.

Because duvet covers are much cheaper than the duvet itself, you can afford to have several color-coordinating covers — a wardrobe of room accessories to match your moods or the changing seasons.