How Capital Gains Are Taxed 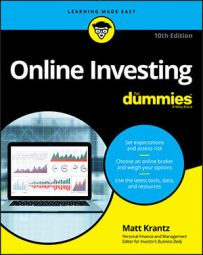 Explore Book Buy On Amazon
People who invest online are usually do-it-yourself investors. This means they're probably working without a tax consultant. But this can make it hard to understand how the money they earn while investing is taxed. That's where understanding capital gains taxes enters the picture.

When you sell a stock held in a taxable account that has appreciated in value, you usually have taxes to pay. Generally, such capital gains taxes are calculated based on the holding period. There are two holding periods:

You must own a stock for over one year for it to be considered a long-term capital gain. If you buy a stock on March 3, 2019, and sell it on March 3, 2020 for a profit, that is considered a short-term capital gain. Also, an important thing to remember is that the holding-period clock starts the day after you buy the stock and stops the day you sell it. Selling even one day too soon can be a costly mistake.

By owning stocks for more than a year, gains are taxed at the maximum capital gain rate. The rate you pay on long-term capital gains varies based on your normal tax bracket, but such rates are almost always much lower than your ordinary income tax rate, if not zero.