Bollinger Bands were created by John Bollinger in the 1980s, trademarked by him in 2011, and have enjoyed a wide following by many technical analysis traders. You can use them to help determine trend, strength, and volatility — the variation of the price of a market over time — in a dynamic, adaptive manner.

Getting a clear signal with Bollinger Bands

Bollinger Bands are one of my favorite tools. They’re easy to read, provide meaningful signals, and measure both trend and volatility in one tool. Bollinger Bands consist of three elements:

Unlike the ADX, which is plotted on a sub graph below the price graph, Bollinger Bands are plotted on the same graph as the price bars and thus give clear signals of price bars interacting with the indicator. In addition to providing indications of direction and volatility, Bollinger Bands are often used to visually show contracting market conditions, which many traders use to anticipate large breakout moves.

The figure shows a squeeze where the Bollinger Bands contract, signaling a low volatility cycle, after which traders look for a breakout of the narrow range of trading. 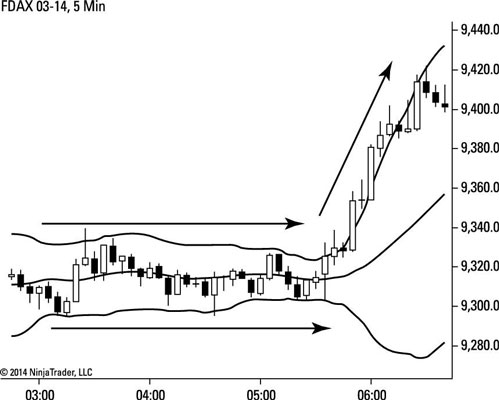 You can choose from many rules and signals when trading Bollinger Bands. One signal that indicates a new trend may be starting is waves. 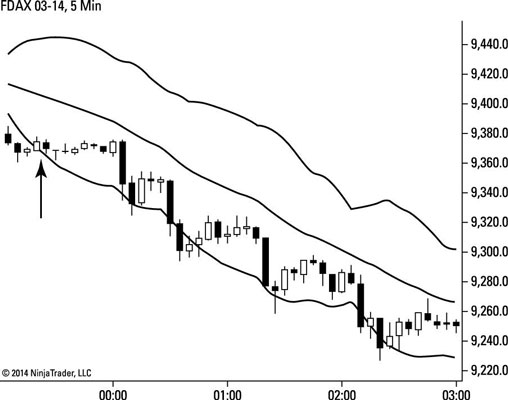