Amateur traders often complain that they make some money trading and then they soon give it all back (and sometimes give back more than they made). This seesaw effect of making money and losing money over and over is common for many traders because, for example, markets aren’t always trending in a clear direction up or down.

Markets typically spend long periods of time making choppy, chaotic price movements, which occur when the market participants don’t have a consensus among themselves as to whether a given market is undervalued or overvalued, or whether it’s a great opportunity or a bad one.

During such times, the market doesn’t exhibit any type of predictable pattern. It’s simply gyrating around randomly without any clear direction up or down. It can be characterized by high volatility or low volatility (wide-range price moves or low-range price moves), but the one defining characteristic is a lack of clear, long-term direction up or down. 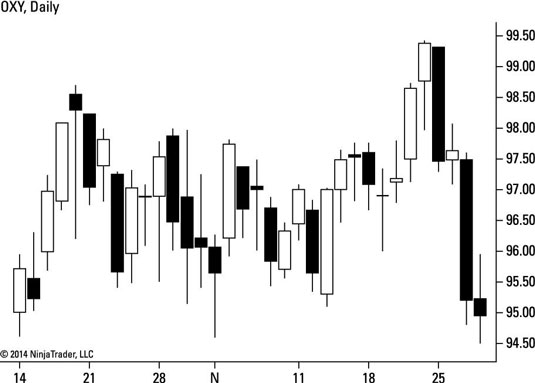 Some people believe that the markets are by nature unpredictable and somewhat random. The extreme adherents claim that all information that’s publicly known is already priced into the market; therefore, no current information can lead to future predictions of market movement. This view is referred to as the efficient market hypothesis.

One of the problems with this view is that many investors and traders (though still small by percentage of total traders) do make money consistently. Even Warren Buffet, one of the most famous consistently successful investors, disagrees with the efficient market hypothesis.

Another group of people assert that the market is perfectly orderly and predictable. They often cite the works of W. D. Gann who used both mathematics and astrology to predict market movements years into the future.

Being aware of this cycle, and being able to identify it, is critical to success because then you can trade only during orderly cycles and stay out of the market during chaotic cycles, thus allowing you to minimize the dynamic of making money in the markets, only to give it all back later. The figure illustrates a chaotic cycle ending and an orderly (trend) cycle beginning. 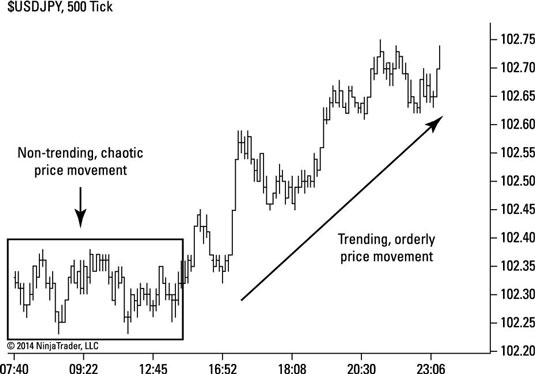