Profit from Urbanization through Commodities Investment

By: Amine Bouchentouf and
Updated: 01-25-2017
From The Book: Commodities For Dummies

Perhaps even more significant than population growth for the growth in commodity markets is the fact that it’s accompanied by the largest urbanization movement the world has ever seen.

Urbanization is highly significant for commodities because people who live in urban centers consume a lot more natural resources than those who live in rural areas.

Industrial metals such as copper, steel, and aluminum are going to be in high demand to construct apartment buildings, schools, hospitals, cars, and so on. So investing in industrial metals is one possible way to play the urbanization card.

As you can see, the largest urbanization is taking place in the developing world, particularly in Asia. As more Asians move from the countryside to large urban areas, expect to see huge demand from that part of the world for raw materials to fuel this growth. 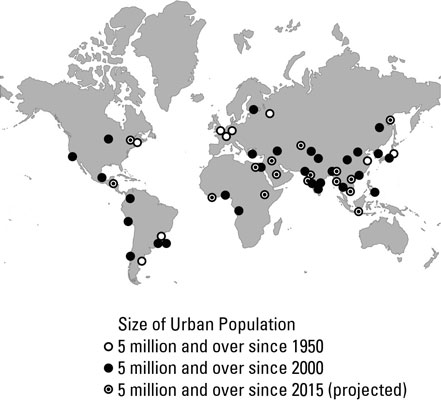