Understanding the Real Risks behind Commodities

Investing in Commodities For Dummies 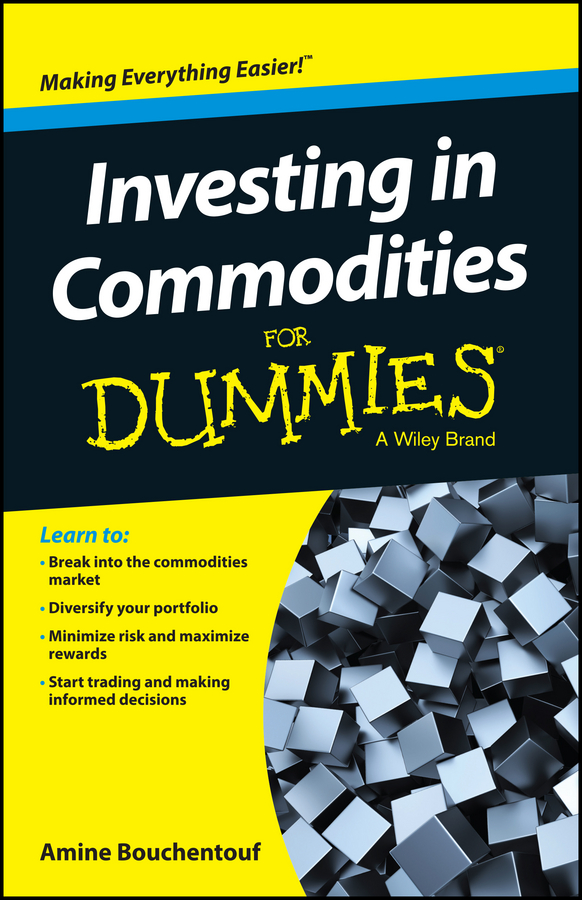 Investing is all about managing the risk involved in generating returns. Have a look at some common risks you face when investing in commodities and some small steps you can take to minimize these risks.

One of the inherent risks of commodities is that the world's natural resources are located in various continents and the jurisdiction over these commodities lies with sovereign governments, international companies, and many other entities. For example, to access the large deposits of oil located in the Persian Gulf region, oil companies have to deal with the sovereign countries of the Middle East that have jurisdiction over this oil.

Negotiations for natural resource extractions can get pretty tense pretty quickly, with disagreements rising over licensing agreements, tax structures, environmental concerns, employment of indigenous workers, access to technology, and many other complex issues.

International disagreements over the control of natural resources are quite commonplace. Sometimes a host country will simply kick out foreign companies involved in the production and distribution of the country's natural resources. In 2006, Bolivia, which contains South America's second largest deposits of natural gas, nationalized its natural gas industry and kicked out the foreign companies involved. In a day, a number of companies such as Brazil's Petrobras and Spain's Repsol were left without a mandate in a country where they had spent billions of dollars in developing the natural gas industry. Investors in Petrobras and Repsol paid the price.

So how do you protect yourself from this geopolitical uncertainty? Unfortunately, there is no magic wand you can wave to eliminate this type of risk. However, one way to minimize it is to invest in companies with experience and economies of scale. For example, if you're interested in investing in an international oil company, go with one with an established international track record. A company like ExxonMobil, for instance, has the scale, breadth, and experience in international markets to manage the geopolitical risk they face. A smaller company without this sort of experience is going to be more at risk than a bigger one. In commodities, size does matter.

The commodities markets, just like the bond or stock markets, are populated by traders whose primary interest is in making short-term profits by speculating whether the price of a security will go up or go down.

Because speculators, unlike commercial users who are using the markets for hedging purposes, are simply interested in making profits, they will tend to move the markets in different ways. Although speculators provide much-needed liquidity to the markets (particularly in commodity futures markets), they can also tend to increase market volatility. Because speculators can get out of control, as they did during the dot.com bubble, always be aware of the amount of speculative activity going on in the markets. The amount of speculative money involved in commodity markets is in constant fluctuation, but as a general rule, most commodity futures markets contain about 75 percent commercial users and 25 percent speculators.

If you trade commodities, constantly check the pulse of the markets, finding out as much as possible about who the market participants are so that you can distinguish between the commercial users and the speculators. One source is the Commitment of Traders report, which is put out by the Commodity Futures Trading Commission (CFTC). This online report gives you a detailed look at the market participants.

As if there weren't enough things to worry about, you should always watch out for plain and simple fraud. Although the Commodity Futures Trading Commission (CFTC) and other regulatory bodies do a decent job of protecting investors from market fraud, there is always the possibility that you will become a victim of fraud.

One way to prevent being taken advantage of is to be extremely vigilant about where you're putting your money. Make sure that you thoroughly research a firm before you hand over your money. Unfortunately, there are times when no amount of research or due diligence is able to protect you from fraud — it's just a fact of the investment game.