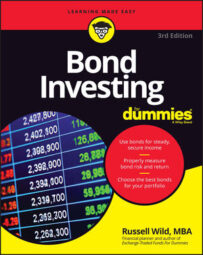 Investment bonds are issued by thousands of different governments, government agencies, municipalities, financial institutions, and corporations. They all pay interest. Following are some important considerations about each of the major kinds of bonds.

Politicians like raising money by selling bonds, as opposed to raising taxes, because voters hate taxes. Of course, when the government issues these Treasury bonds, it promises to repay the bond buyers over time. The more bonds the government issues, the greater its debt. The interest payments on that debt are an enormous burden, currently totaling more than $450 billion a year.

There are many kinds of Treasury bonds — from EE Bonds to I Bonds to TIPS — and each has unique characteristics. All of them, though, are backed by the "full faith and credit" of the federal government. Despite its huge debt, the United States of America is not going bankrupt any time soon, and for that reason, Treasury bonds have traditionally been referred to as "risk-free." Careful! That does not mean that the prices of Treasury bonds don't fluctuate.

When bond experts speak of treasury bonds as having no risk, or almost no risk, what they mean is that the bonds have no credit risk. But Treasury bonds are very much subject to the other kinds of risk that beset other bonds: interest rates, inflation, and reinvestment.

Bonds issued by for-profit companies are riskier than government bonds but tend to compensate for that added risk by paying higher interest rates. For the past few decades, corporate bonds in the aggregate have tended to pay about a percentage point higher than Treasury bonds of similar maturity. Since 2008, this spread has broadened to about a percentage point and a half.

Corporate bonds tend to get called a lot. That means that the corporation changes its incorporated mind about wanting your money and suddenly throws it back at you, canceling the bond. Bond calls tend to happen when rates have fallen. That adds a heavy dose of unpredictability to what should be a predictable investment.

Federal agencies, such as the Government National Mortgage Association (Ginnie Mae), and government-sponsored enterprises (GSEs), like the Federal Home Loan Banks, issue a good chunk of the bonds on the market. Even though these agencies' offerings differ quite a bit from one another, they are collectively referred to as agency bonds. What we call agencies are sometimes part of the actual government and sometimes a cross between government and private industry.

To varying degrees, Congress and the Treasury will serve as protective big brothers if one of these agencies or GSEs were to take a financial beating and couldn't pay off its debt obligations.

In general, agency bonds are considered the next-safest thing to Treasury bonds. As such, the interest paid on these bonds is typically just a smidgen higher than the interest rate you would get on Treasuries of similar maturity, although in very recent times, you can get a smidgen-plus.

The bond market, unlike the stock market, is overwhelmingly institutional. In other words, most bonds are held by insurance companies, pension funds, endowment funds, and mutual bonds. The only exception is the municipal bond market.

Municipal bonds (munis) are issued by cities, states, and counties. They're used to raise money for either the general, day-to-day needs of the citizenry (schools, roads, sewer systems) or for specific projects (a new bridge or stadium).

Interest on most municipal bonds is exempt from federal income tax. Traditionally, the interest rates paid have been modest, but many individual investors — especially those in the higher tax brackets — could often get a better after-tax return on munis than on comparable taxable bonds.

Like corporate bonds, but unlike Treasuries, municipal bonds are often subject to being called. You may think you're buying a ten-year investment, but you may be forced to relinquish the bond in two years instead.

Munis tend to be less risky than corporate bonds but not as safe as Treasury and agency bonds. It's important to know before investing whether the local government issuing a bond has the wherewithal to pay back your principal. Cities don't go bankrupt often, but it does happen.